Why not bury Lenin

The issue of historical heritage is very delicate, treat you want a civilized and without emotion. One of the contentious issues of historical ethics is the question of the burial of Lenin's body. 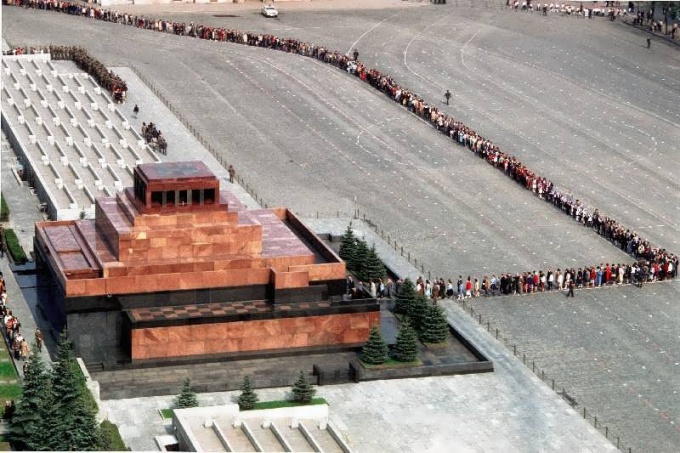 Related articles:
Perhaps it would be as unfair to ascribe all the victories of the state to one man and to blame an individual in national tragedies.

The background to the creation of the memorial

Totalitarian regime, to the categories which most historians attribute the style of government in the Soviet Union, is based on the ideology and needs of the characters. In a developed economic society there is no need to create extra motivation. In this kind of society are natural market mechanisms, which form the basis for a loyal society.

The Bolsheviks sympathized with the majority of the peasantry and the working class, for the promised freedoms, rights, and most importantly, land. In the minds of the masses of all the innovations was firmly associated with the name of the leader of the proletarian revolution Ulyanov-Lenin. Despite the fact that beginning in March 1923 the chief was practically suspended about things because of his health, his popularity was continually maintained by members of the Politburo. Until his death he published the bulletins on the state of his health, and the visibility created by his active participation in the life of the country.

Initially, the question of the preservation of the body of the leader was discussed at a meeting of the Politburo of the party on the proposal of Stalin and was not supported by the majority of participants of the Plenum. But was initiated by the will of the workers and ordinary members of the Bolshevik party, in fact, the will of the people, the creation of a kind of symbol of the revolution in the form of the embalmed leader of the memorial complex in the form of the Mausoleum. The basis of a kind of Marxist religion, a sacred place of worship became a place of storage of the body.

With the collapse of the Soviet Union the question of the burial of Lenin stood particularly acute, as the generation that grew up under the banner of communism, it was still quite powerful and could create serious domestic political problems.

Today, most opinion polls show a fairly relaxed attitude of most respondents to the removal and burial of the sarcophagus, bordering on indifference. As a source of ideological inspiration small part of the population of Russia Mausoleum, of course, is no longer relevant. The question is ethical, moral and human norms.

The views of opponents of the inadmissibility of the location of the cemetery is actually in the center of the capital rested in the quite reasonable arguments of the opponents of the removal of the body. The problem is that the Pantheon in red square during the Soviet Union acquired the status of a kind of Memory of the most worthy sons of our country. The Kremlin also houses the remains of many Russian tsars. That is, if you eliminate the burial of the Soviet period, created by the imbalance in Russian history.

In addition, to make and bury Lenin's body in secret, as in his time Stalin ruled, would mean the negation of all achievements of the Soviet Union. Bury Lenin a Christian burial does not seem to be possible because of the ideological beliefs of the latter.

Disputes about the removal and burial of Lenin's body still being at the highest level. To date, the mummy of Lenin from the symbol of the revolution became a means of manipulating the electorate to resolve petty political goals. We have to admit that until the developed algorithm of burial, without affecting moral standards in relation to historical past, "the specter of communism" and will wander around Europe.

The best thing about this said the President of the Russian Academy of Sciences Yury Osipov: "Just burn the story is unacceptable... If each new generation is to settle scores with the previous one, nothing good will come of it"
Is the advice useful?
See also
Присоединяйтесь к нам
New advices