Why a medieval plague came to Russia

In 1348 in Europe came a terrible enemy, and his name was plague. In people, the disease was called "black death" because of the spots appearing on the faces of patients. But the plague did not only disfigure the human face – she changed the face of Europe. 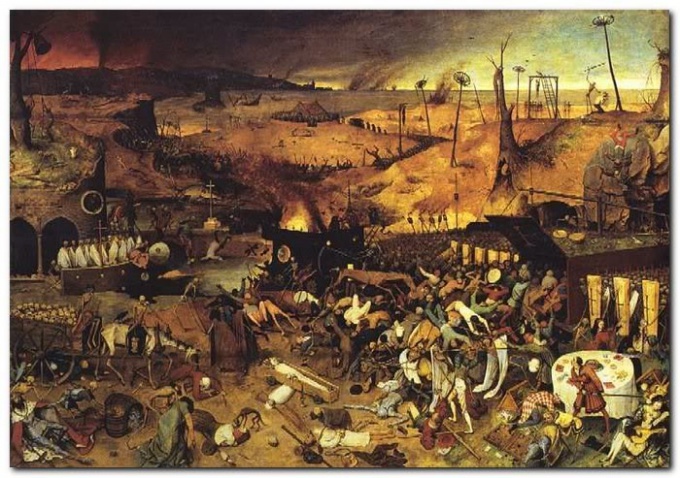 Related articles:
The result of the plague the population of Europe fell by a third, and in some regions by 50%. In England endangered the whole of the County. Grand the epidemic has exacerbated social contradictions, the Jacquerie in France and uprising Wat Tyler – its indirect results.

We cannot say that the epidemic did not affect Russia. She came back a little later than in Europe in 1352. The first victim was Pskov, where the plague was brought from the territory of Lithuania. The picture of the disaster differed from what happened in Western Europe were dying and men and women of all ages and classes, in a coffin stacked on 3 or even 5 corpses – the dead and still not managed to bury.

At the request of Pskovian in the city of Novgorod came to the Bishop and held a procession. On the way back he also got the plague and died. Many Novgorodians came to the Hagia Sophia to say goodbye to the dead Bishop, and that there is an epidemic.

In the future, a plague has struck several cities, including Moscow. Her victim was the Prince of Moscow and Vladimir's Grand Prince Simeon the Proud, and his two young sons John and Simeon.

And yet, comparing the scale of the disaster in Russia and in Europe, it is impossible not to notice that Russia suffered to a lesser degree. Someone may see it as a blessing of God for Holy Russia, but there were more material reasons.

Obstacles to the spread of the plague

The natural reservoir of the causative agent of plague are fleas infesting rats. The mass migration of these rodents brought the plague to Europe. The climate of Russia is colder than the European rats was difficult to survive in such conditions. Played a role and smaller population density again is associated with more severe natural conditions: the rats were difficult to travel long distances between cities.

The Russian city was not as dirty as a European – for example, in Russia already existed sump, and in the West, all the sewage poured into the streets. The European city was a veritable Paradise for rats.

Attitude towards cats – natural enemies of rodents in Russia was tolerant, and in Western Europe, these animals are exterminated, considering the "accomplices of witches and wizards." This attitude to cats has made the Europeans vulnerable to rat infestation.

Finally, a significant role in the containment of the epidemic was played by the famous Russian bath. In European cities, too, there was the bath, but visited them either for medical purposes or for entertainment – heroine Provencal romance "Flamenca" even appointed his lover Dating in the city bath. Visiting such establishments were expensive and so exceptional event that the German knight Ulrich von Liechtenstein did not want to abandon it for the sake of meeting friends. Such immorality makes people easy prey for the flea vectors of plague.

In Russia the bath was even the poorest peasant, and her weekly visits were commonplace. For this reason the people of Russia were less likely to get fleas and become infected with the plague.
Is the advice useful?
Присоединяйтесь к нам
New advices