Where Stalin is buried

Joseph Stalin was the greatest personality of the 20th century, "father of Nations" or a traitor, the great ruler or people, committed genocide of their own people. Historians and contemporaries cannot give an unambiguous answer to the reign of this man who died only because subordinates were afraid to help him. 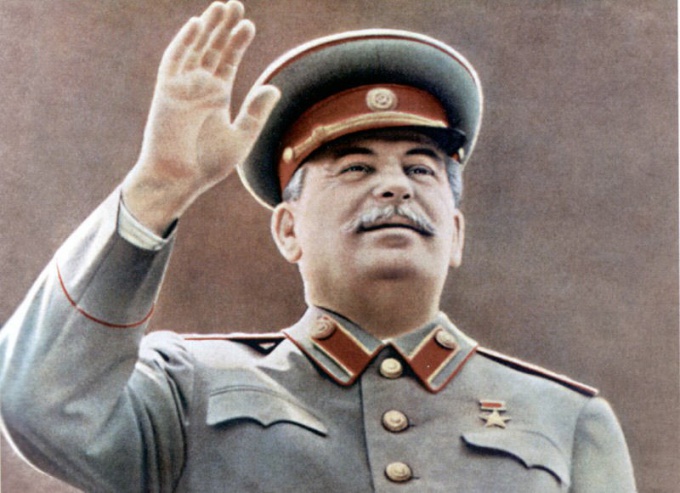 Related articles:
Iosif Vissarionovich Dzhugashvili, who in revolutionary years, alias Stalin, was born December 21, 1879 in Georgia. In the twenties of the 20th century he led the party Central Committee and established a totalitarian regime in the camp.

Many consider him a dictator and a cruel man, however, we cannot discard that Stalin led the Soviet Union to victory in world war II, helped the country to survive and recover former greatness after it.

The first attack happened at Stalin in 1953, the first of March. On this day, the leader found unconscious at his dacha in Kuntsevo – his official residence in the postwar years. Terrified personal physician could not admit that the leader suffered a stroke, but the second of March was diagnosed and recognized a paralysis of the right side of the body.

That day he did not get up, only occasionally raised his left hand, as if asking for help, but help didn't come. A number of historians are inclined to believe that not only fear prevented to provide aid to Stalin. Khrushchev, Beria, Malenkov – all they were interested in the speedy demise of the leader.

According to the official, the guards, who found Stalin on the floor of the small dining room, had no right to call a doctor, not having received the orders of Beria. That night all the forces were sent in search of him, and 10 hours later, received from Beria resolution, still the paramedics arrived, and the next day Joseph Stalin had a stroke. However, there is documentary evidence that Beria knew the night before about the dire state of the leader, but was deliberately stalling. Moreover, doctors who treated Stalin, was arrested, and the nurse who made the injection of anesthetic, hastily evacuated from the country in an unknown direction.

At the Kremlin wall buried in force policy. Those who were in disgrace or already retired, this honor is not awarded. Stalin, perhaps, the exception.

Subsequently, the country has developed anti-Stalinist sentiments, came a revolutionary idea, and Stalin was condemned, his body was carried out of the Mausoleum and reburied near the Kremlin wall. This memorial cemetery was the resting place of prominent politicians and Communist leaders since 1917. There are arranged two mass graves of those killed during the October revolution: one grave starts at the Spassky gate, the second Nicholas.
Is the advice useful?
Подписывайтесь на наш канал