The burial of Peter I and Catherine I

The ceremony of burial of members of the Royal family were strictly regulated. The preparation and conduct of all mourning was in charge of the Sad Commission, created after the death of monarchs. 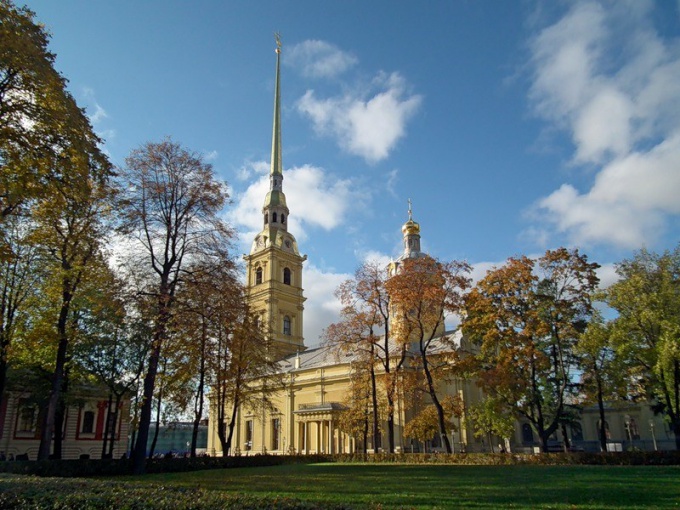 Death and funeral of the Royal couple

The Russian Emperor Peter the Great died in the Winter Palace in January 1725 at the age of 52 years. The cause of death was called inflammation of the bladder, passed into gangrene. The body of the Emperor was exhibited in the memorial hall of the Winter Palace, so that everyone could say goodbye to him. Continued during the farewell more than a month. Peter was lying in a coffin in a brocade doublet with embroidery, boots with spurs, a sword and the order of St. Andrew on his chest. As a result, the corpse began to decompose, the odor began to spread throughout the Palace. The Emperor's body was embalmed and transferred to the Peter and Paul Cathedral. However only 6 years later the body of the Emperor was buried in the Royal crypt of the Cathedral, before the coffin with the embalmed body just stood in the temporary chapel of the Cathedral is still under construction.

Peter's wife Catherine I, the wife survived only 2 years. Balls, entertainment and debauchery, which the Dowager Empress indulged in days and nights, greatly undermined her health. Catherine died in may 1725 at the age of 43 years. If Peter birthright was laid to rest in the Royal tomb, his wife of noble birth could not boast. Catherine I, born Marta Skavronskaya, was born in the Baltic peasant family. She was captured by the Russian army during the great Northern war. Peter was so fascinated by the captive woman, even married her and crowned her Empress. The body of the Empress, like her husband, was interred only in 1731 by order of Anna Ioannovna.

In the pre-Petrine era of all members of the ruling dynasty in Russia was buried in the Archangel Cathedral of the Moscow Kremlin. There lie all the Moscow princes and tsars, starting with Ivan Kalita. During the reign of Peter I was the particular burial place for the royalty. Members of the Imperial family were buried in the Annunciation Church of the Alexander Nevsky Lavra. In 1715 died the youngest daughter of Peter and Catherine Natalia. The Emperor ordered to bury her in the Cathedral of Peter and Paul, who at that time had not yet been completed. This year Peter and Paul Cathedral became the new Royal tomb.

In the walls of the Cathedral are buried all the Russian tsars from Peter I to Alexander III. The burial of Peter and his wife Catherine are located near the South entrance of the Cathedral. Their graves are small crypts, which are located under the stone floor. In these crypts are metal ARKS with coffins. Over the graves are marble slabs, decorated with inscriptions and a gold cross.

The story of Peter and Paul Cathedral

The construction of the Cathedral began in 1712, the Emperor personally laid the first stone in its Foundation. The work was supervised by Italian architect Domenico Trezzini. The interior of the Church was struck by its luxury and splendor. The arches were decorated with 18 paintings with scenes from the New Testament. The Cathedral was a special place under the Royal canopy, which at the time of worship was held by the monarch. With the coming to power of the Bolsheviks, the Cathedral and the tomb was closed and sealed. All Church valuables were seized for famine relief. In 1998 in the Peter and Paul Cathedral was the burial of the remains of Emperor Nicholas II, his wife Alexandra and their daughters Tatiana, Olga and Anastasia.
Is the advice useful?
Подписывайтесь на наш канал