Why the need for magnesium

Many people have heard the name of such substances as magnesia. It is quite often used in food and pharmaceutical industry. However, few people know how widespread and varied use in modern production. 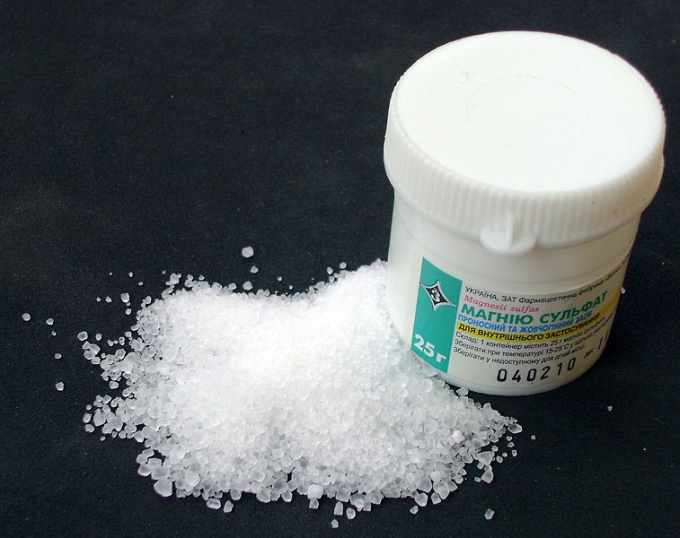 Related articles:
First you need to define the very substance. Chalk called various chemical compounds, mainly salts based on magnesium. But most often, the term "magnesium" refers to magnesium sulfate. Otherwise it is also called English salt. This salt is a white crystals, very soluble in water. Magnesia was first known composition of water from the mineral springs. Subsequently managed to obtain crystals of this substance, which is widely used in various fields of life.Originally, creosote was used only as a drug. It was added in the treatment bath. Also from the dissolved magnesia powder was prepared laxative. In modern medicine is added to the composition of medicines which have sedative and anticonvulsant effect. Helps to heal and remove dangerous symptoms of diseases such as tachycardia (excessive heartbeat), encephalopathy (various diseases of the brain, also caused by bacteria and viruses), hypertension. Is used in the treatment of consequences of poisoning, for example, heavy metals.During pregnancy the doctors may also appoint women injections of magnesia. A common reason for the use of that drug is complicated by pregnancy, in particular preeclampsia - spasms of various vessels.Important magnesia and modern agriculture. It is added in fertilizers to enrich the soil with magnesium and several other elements.Another sector, which employs magnesia - is food production. This substance has become quite a common food additive.Despite the fact that magnesium is widely used in various fields, with this substance need to be careful, especially when its medical use. All products of magnesia must be prescribed by a doctor.
Is the advice useful?
See also
Подписывайтесь на наш канал