How to take the "B6" in pregnancy

Magne B6 is a combination drug based on two components: magnesium and vitamin B6, which contributes to a better absorption of this macronutrient. During pregnancy Magne B6 is prescribed to make up for magnesium deficiency. Most often the drug is prescribed to women with clinical manifestations of this condition: excessive uterine irritability and increased tone of the uterus, cardiovascular disorders, muscle spasms, increased nervous irritability and sleep disorders. 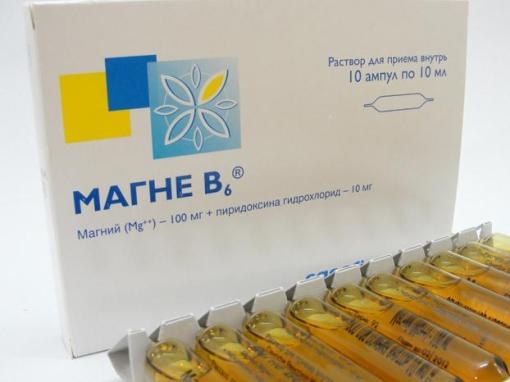 Related articles:
Instruction
1
During pregnancy Magne B6 is supposed to apply only on prescription. The drug could prescribe a woman at any time. In some cases, before you prescribe Magne B6, the doctor performs a biochemical analysis of blood to determine level of magnesium. In practice, however, the drug is usually prescribed on the basis of clinical symptoms of magnesium deficiency. They occur in many women even in early pregnancy, as during pregnancy the need of the female body in this object increases by 2 and sometimes 3 times. But in some cases, for example, if the patient has renal failure, a blood test before the appointment Magne B6 should be mandatory – it is necessary to determine the optimal dose of the drug.
2
Magne B6 is available in the form of tablets, enteric coated tablets, and also in the form samokatnaya vials containing solution for oral administration. The recommended instructions to the drug daily dose is 6-8 tablets. During pregnancy Magne B6 is usually prescribed at a dose of 6 tablets or 3 capsules a day. This dose is considered preventive, so it is prescribed in the beginning of treatment. In the future if needed the dosage adjusted according to biochemical analysis.
3
Take a daily dose of B6 should be equal parts three times a day. The recommended interval between doses is 6-8 hours. If a woman is simultaneously taking other products that contain micro - and macronutrients, their admission must be made not earlier than 2 hours after or before taking Magne B6. The duration of treatment is determined by physician individually. The minimum period of the drug is 1 month. In some cases, the woman needs to take B6 throughout pregnancy.
4
Note: in impaired renal function receiving Magne B6 during pregnancy can lead to overdose of magnesium. This condition is manifested in the form of symptoms such as nausea, vomiting, difficulty breathing, low blood pressure, sweating, inhibited speech. In the event of such symptoms should immediately consult a doctor. In women who do not have kidney problems, drug tolerance is very good. Side effects during the application of Magne B6 can occur when there is the tendency to allergic reactions, as the drug contains flavoring and sodium disulfide. The drug is not indicated for patients with phenylketonuria, severe renal insufficiency, fructose intolerance, malabsorption of glucose or galactose and sucrose deficiency-isomaltose.
Is the advice useful?
Подписывайтесь на наш канал