What is the sea in Feodosiya

Feodosiya is a city in the Crimea. It is located on the Black sea coast. Here are some of the most picturesque places of Russia. The climate of the Black sea in Feodosia continental. The mountains protect the area from cold Northern winds. 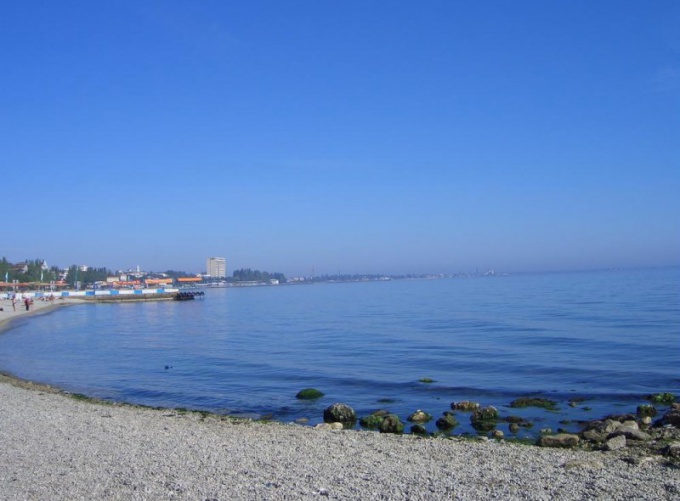 The feature of the Black sea near Feodosia in that it has its own circular flow. Because of this water off the coast is constantly updated. The total dimensions of the Feodosia Bay is 13 km wide and 31 km long. At the entrance to Feodosia Bay the depth varies from 20 m to 28 m. This allows you to make in port of cargo ships and tankers of large displacement. In addition, the Bay dug deep channels in which the court carried out the approach to the port. The black sea belongs to the basin of the Atlantic ocean. The uniqueness of Feodosia in the combination of water, mountain and steppe landscape.

The waves of the sea in Feodosia depends on the weather. When calm, the sea is absolutely calm. If the wind is blowing, the waves are coming. But it is very rare. In the morning the water is cool, and the day it becomes warmer. In the daytime in June, July and early August the water temperature reaches 25 degrees and above. In the evening water again becomes cold (the temperature drops by 1-2 degrees).

Beaches in Feodosia can be found for every taste: sandy and pebble. There are 4 main beach areas: "Stones", "Child", the beach "Pearl", "Golden beach". Of them pay is the only public beach "Kids. This place is very well suited for bathing and recreation for children.

Beach "Pebbles" - pebble. The bottom is sandy. Gently sloping beach and is not deep (about 1 meter). The beach is in the Bay of Feodosia Bay.

Beach "Pearl" is located near the station of Ayvazovskaya. The coastline is 800 metres away. This sandy beach. Its gently sloping beach and shallow. On the beach guests can rent deckchairs.

"Golden beach" is located not far from Berehove. Shoreline length is 3 km and the width varies from 40 to 60 meters. This beach is the sand dunes. Near any beach is bound to several cafés. They can enjoy Breakfast, lunch and dinner. The prices are different. By the way, you can find a cafe with very reasonable prices. On many beaches there are activities such as paddle boat rental, scooters, boats. The toilet also always paid.

The resort season in Feodosia will start on 1 may. Velvet season lasts from September to November. Until the end of September the weather is quite comfortable for swimming. The days are cloudless and clear and the sea calm. Please note that at the end of August come the cold currents. They not only bring Tina and algae, but also greatly cooled the water. The assurances vacationers to swim is only possible in very hot weather. In September, the sea temperature reaches 18-20 degrees. In October, the water is cooled to 14-15 degrees. Therefore, people do not bathe. It happens that near the shore the temperature is 18-19 degrees until the end of October. In November sharply colder. The daytime temperature drops to 9 degrees. Sea water cools down to 10-11 degrees. At this time campers will only arrange trips and excursions.
Is the advice useful?
See also
Присоединяйтесь к нам
New advices