How to get to the project "Voice"

To get on TV project "the Voice", is enough to fill a questionnaire available on the website of the "First channel", send the editors the series of photographs and two examples of your vocal performance. If the editorial Board will take in relation to your application a positive decision, you will be invited to the casting. 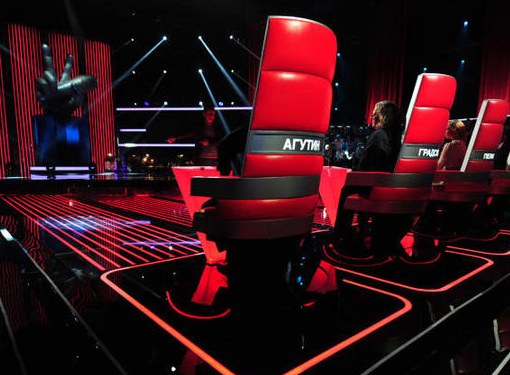 The project "the Voice" is a television show dedicated to finding talented performers. The project started on "the First channel" in early October 2012. "The voice" is a Russian adaptation of a Dutch project The Voice, issues which began to emerge in the broadcast channel RTL4 in 2010.

At this point in the show "the Voice" ended after two seasons. The winner of the first season was the Russian singer Dina Garipova (she later became one of the finalists of the contest "Eurovision-2013"). The winner of the second season ended in December 2013, was Sergei Volchkov.

In the spring of 2014 senior project Dmitriy Nagiev has announced casting for the third season of "the Voice". He is expected to start in early September.

How to get to the project?

To participate in the TV show "the Voice", you need to fill out a questionnaire posted on the official website of the "First channel". The questionnaire will need to specify your personal information, telephone and email address, to talk about their Hobbies and achievements in the field of vocal singing. To the application form need to attach some of my photos. The size of each photo should not exceed 100KB, so it is recommended to choose those pictures, which you photographed in close-up and from different angles.

In addition to photos to the application form need to attach two examples of your vocal performance. The size of each audio file should not exceed two megabytes. You can send as their own songs, and songs borrowed from other authors.

As a rule, most quality sound can be achieved at the level of the audio encoding 312 KB/second. But songs with the same bitrates take up much space and will definitely exceed the allotted limit of 2 megabytes. So before to send to "Voice" his songs, it would be better to consult a specialist in the field of sound, who will be able to find a "middle ground" between the desired file size and video quality.

If files with examples of your vocal works still exceeds the maximum allowed size, you can record songs on a CD and send it to the address: 127427, Moscow, Akademika Koroleva, D. 12, "Music edition", "Voice". To obtain additional information on this issue is possible by reference to the phone 8 (495) 726-88-77.

If your candidate is satisfied with the editor, you will be invited to audition, which takes place in Ostankino. Before casting it is recommended that a good night's sleep, prepare for hours of waiting and learn a few extra songs in case the Commission will ask you to sing something else. Waiting for their turn to audition, do not talk with other participants - take care of your voice.
Is the advice useful?
Присоединяйтесь к нам
New advices