How to get to the casting in the series

From dreams of becoming an actor or actress is a person's separated not long distances, lack of information or someone's corruption. You can always take a train to the city, where films and required the actors to find information about auditions on the Internet to show their talent and be seen. Man is separated from the realization of this goal is only the fear of failure. To overcome it you need. Set a goal to go towards your fear, you have to go casting. 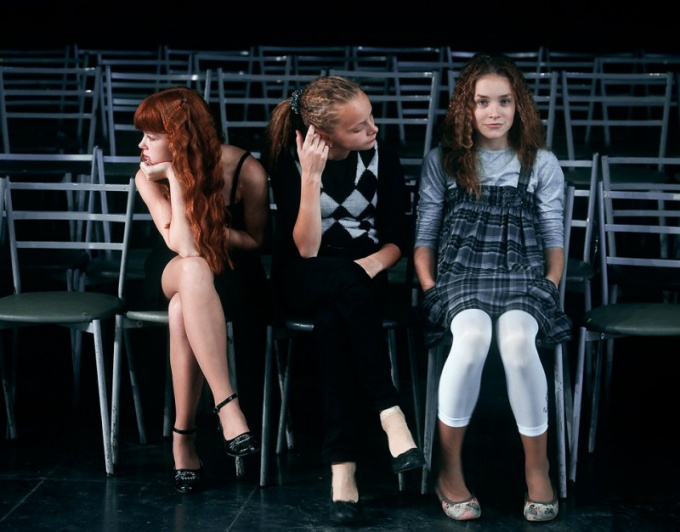 Related articles:
Instruction
1
Watch for announcements on the websites of the television channels engaged in production of teleserials and casting agencies. When required the actors, project administrators typically use the Internet to get information about the casting, indicating the requirements for potential participants and the necessary types.
2
Follow the instructions in these ads. Usually requested to complete a questionnaire and submit a photo. Be attentive to the requirements imposed by the administrator (even formal). Your profile may decline simply because it is incorrect.
3
Be sure to submit your application, believe of yourself. A chance is given to everyone. Just be careful not to fall into the hands of fraudsters. Candidate for the role should pay for the opportunity to participate in the casting. If you are asked to pay some amount for the opportunity to be included in the "some kind of actor's base." Treat it with caution. Do not rush to pay money.
4
Learn more about the Agency, which put forward such a condition. There are serious agencies that charge such fees, but there are common scams that prey on someone else's dream. Applicants do not have to pay for the opportunity to be interviewed. On the contrary, the employer should be interested in search of employees. Be reasonable.
5
To get to the casting easy, especially if you fit the type. You will always be invited, it is important not to this neglect on the casting and show everyone what you can do. Clearly do a job that gives you the Director or administrator.
6
Show off not only their acting skills but also professional and human adequacy, which will allow the crew to safely take you to work. So be polite, friendly, behave yourself.
Useful advice
Create your own portfolio. Include several different genres of photo shoots, and video excerpts where you demonstrate your acting talent (read a poem, a passage from any work, sing a song or do a plastic etude).
Is the advice useful?
See also
Присоединяйтесь к нам
New advices