How to solve a system of equations for grade 7

The standard system of equations of math for students of the seventh class consists of two equations involving two unknowns. Thus, the task of the student is to find the values of these unknowns, where both equations will become true. This can be done in two main ways. 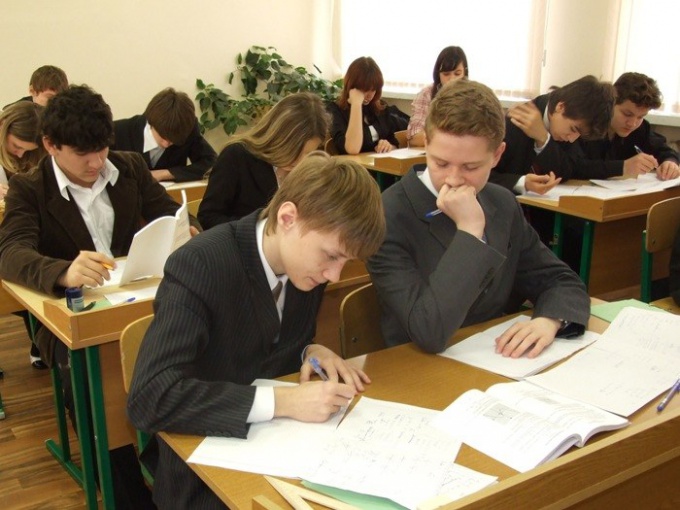 The method of substitution

To understand the essence of this method is easiest on the example of solving a typical system includes two equations and requires finding the values of the two unknowns. So, this may be the following system consisting of the equations x + 2y = 6 and x - 3y = -18. In order to solve it by the method of substitution is required in any of the equations to Express one member through another. For example, this can be done using the first equation: x = 6 - 2y.

You must then substitute the resulting expression into the second equation instead of x. The result of this lookup will be the equality of 6 - 2y - 3y = -18. By performing simple arithmetic calculations, this equation is easy to lead to standard view 5y = 24 where y = 4,8. Then the value obtained should be substituted in the expression used for the lookup. Hence x = 6 - 2*4,8 = -3,6.

Then it is advisable to verify the obtained results, substituting them in both equations of the original system. This will give the following equations: -3,6 + 2*4,8 = 6 and -3,6 - 3*4,8 = -18. Both of these equality are true, so you can conclude that the system is solved correctly.

The second method of solving such systems of equations is called the method of addition, which can be illustrated on the basis of the same example. To use, all members of one of the equations is multiplied by a certain factor, with the result that one of them will be the opposite to another. The choice of this ratio is the method of selection, and the same system it is possible to decide using different factors.

Having made simple calculations, we can obtain an equation of the form 5y = 24, which is similar to the equation resulting from the solution of the system by method of substitution. Accordingly, the roots of such equation will be the same values: x = -3,6, y = 4,8. This clearly demonstrates that both methods are equally applicable for the solution of such systems, and both give the same correct results.

The choice of a particular method may depend on the personal preferences of the student or from a particular expression in which it is easier to Express one through another member or to choose a ratio that will make the members of the two equations are opposite.
Is the advice useful?
See also
Подписывайтесь на наш канал