How to solve a system with three unknowns

Linear system with three unknowns has multiple solutions. Find the solution of the system using the rules of the Kremer via determinants, Gauss method or using the simple method of substitution. The substitution method is a basic for the solution of linear systems of equations of smaller order. It is the successive terms of each equation of the system one unknown variable, substituting it in the equation and simplify the resulting expressions. 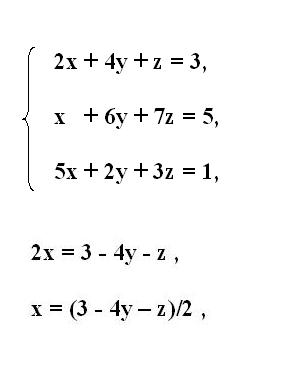 Related articles:
Instruction
1
Write down the initial system of equations of the third order. From the first equation of the system Express the first unknown variable X. To do this, move the terms containing other variables for the equals sign. Transferred members change sign to the opposite.
2
If the multiplier variable is present expressed with the ratio differing from unity, divide by the value of all the equation. Thus, you will receive a variable x, expressed through the rest of the equation.
3
Substitute into the second equation instead of x the same expression that you got from the first equation. Simplify your recording by adding or subtracting like terms. Similar to the previous step Express from the second equation as an unknown variable. Also transfer all the other members of the equal sign and divide the entire equation by the coefficient in. 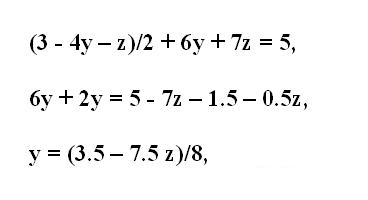 4
In the last third equation substitute the two unknown variables x and y expressed by the values of the first and second equations of the system. Moreover, the expression x will replace variable y. Simplify the resulting equation. It as the unknown variable will be only the third variable z. To Express it from the equation as described above, and calculate its value. 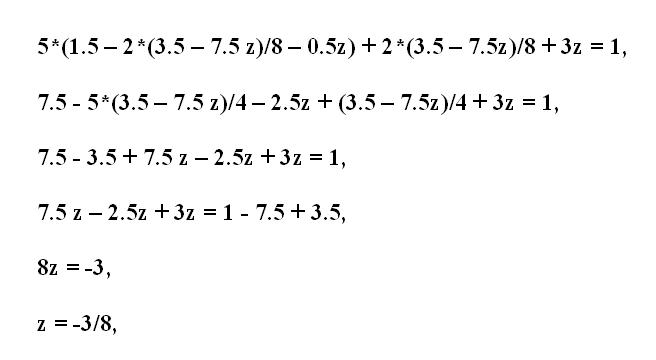