How to become priests

Otherwise, the priest called "the priest". The name itself suggests that it is not just about the profession, about the work and about the Ministry. God is any Christian, but especially in the Ministry of the priest is that he is the mediator between God and other Christians. 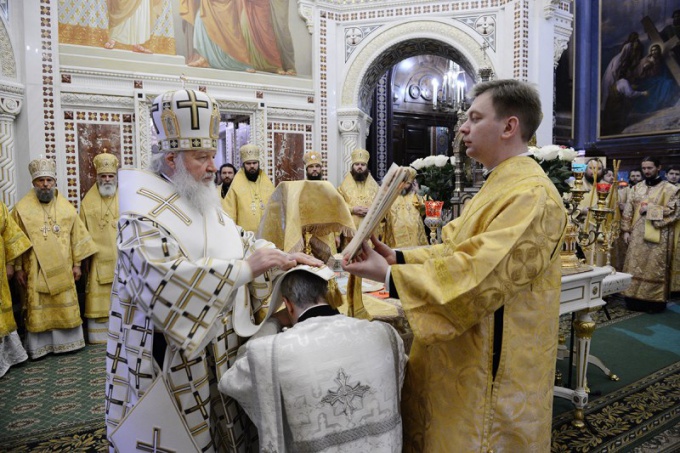 Related articles:
The path to the activities of the priest, like in any profession begins with education. To become a priest, you must graduate from Seminary. To do there may be male aged 18-35, have completed secondary education, single or consisting of the first marriage (divorced or married again the path to the Seminary is closed). In addition to the usual documents, which present in all educational institutions, the applicant must submit a recommendation Orthodox priest, the written blessing of the Bishop, baptismal certificate, if applicant is married – the wedding.

Submission of all required documents does not guarantee admission to the entrance exams. Applicants must undergo an interview to check his beliefs and motives of entering the Seminary.

The main entrance examination – the Law of God. Here you need to demonstrate knowledge of the Orthodox doctrine, sacred stories and liturgical rubrics. Other exams – Church history and Church singing. Pass future seminarians and the exam on the Russian language in the form of compositions, but the particular range of subjects – Church history. In addition, the applicant must know by heart many prayers, and free to read Church Slavonic.

Studying in the Seminary for 5 years. Future priests learn not only the theology, discipline and liturgical Church singing, but also philosophy, logic, rhetoric, literature, and other Humanities. A Seminary graduate must decide whether he is a monk or parish priest. In the latter case he is obliged to marry.

But for special education does not mean that man became a priest because the priesthood is one of the sacraments.

The man becomes priest in the sacrament of ordination – ordination. It descends the Holy Spirit, and because of this the priest is not just a spiritual guide for the laity, but a carrier of Grace. To make the consecration can only be a Bishop, this is happening at the altar during the Liturgy.

Consecration must precede chirotesia – ordination of a subdeacon. This is not a clergyman, and clergyman. At the time chirotesia do not have to be married, but if married before ordination, later to marry anymore.

Subdeacon may be ordained to the diaconate is the first degree of the Church hierarchy. The deacon participates in the sacraments, but does not commit them yourself – with the exception of Baptism.

The next step is ordination to the priesthood. The priest , unlike deacon, has the right to perform the sacraments, except ordination.

If we are not talking about the monk, from rukopolozhenija requires absolute monogamy. Not allowed not only the divorce and remarriage of the commit (even in the event of the death of the first wife) – he does not have to be married to a widow or a divorced woman. Employees must not be under ecclesiastical or secular court, or to be associated with public responsibilities that can interfere with priestly Ministry. And, of course, the future priest requires special moral and spiritual qualities. It is revealed on a special stavlenniku confession.

The third stage of the hierarchy – Bishop. Such ordination does the Council of bishops. Not every priest can become a Bishop, it is only available to celibate priests – the priests-monks. The Bishop has the right to perform all sacraments, including ordination, and to bless the churches with full rites.
Is the advice useful?
See also
Присоединяйтесь к нам
New advices