Why cut the frenulum under the tongue

Membrane located under the tongue connecting it with the bottom of the mouth, called sublingual bridle. The amount of different people can be different lengths. Is considered an anomaly if the frenulum is too short, most often this phenomenon occurs in newborn babies. 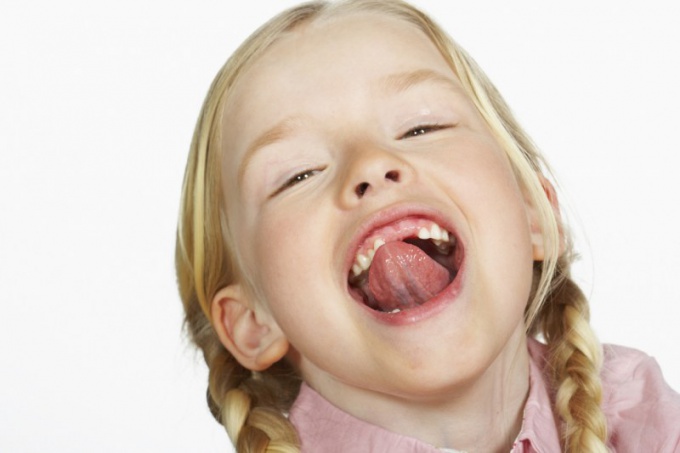 Related articles:
A symptom of a short frenulum in a newborn is a difficulty suckling, the baby bites the nipple and quickly refuses the breast. Often short frenulum is common in boys than in girls. Very often this phenomenon is characteristic of children whose parents had a similar problem.

Slightly shortened frenulum in a newborn baby is not a disease, it is only a defect of the oral cavity, which often, doctors detect is still in the hospital. In this case, the procedure of cutting is carried out immediately, although there are cases that the doctors sent mom with a newborn baby to the dentist.

The procedure of dissection of the frenulum is virtually painless, because a newborn baby in the membrane is still quite a small amount of blood vessels and no nerve endings. Therefore, a newborn baby's bridle cut without the use of anesthesia by using special scissors.

In order to stop the blood, after the procedure the baby immediately applied to the chest or give the bottle. Surgery undercut frenulum is quite simple, the wound after it healed the next day. After the procedure, newborn babies begin to breastfeed much better and they have a better appetite.

This procedure is indicated only in difficulties breastfeeding. If the defect is the place to be, but the procedure for cutting the frenulum has not been conducted after discharge from the hospital, the parents themselves are beginning to notice that the child has deviations in the movement of the tongue. The kid can't stick his tongue out of his mouth due to the fact that the bridle pulls the tip down. The language of the baby is formed in the form of a groove, and is accompanied by a specific sound.

The difficulty of the movements of the tongue, when talking, the grown child has difficulties with the pronunciation of the letter R, and hissing sounds. Sometimes there is a violation of diction, the child is unintelligible or unclear talking.

Short frenulum can also lead to displacement of the center of the tongue and cause problems in the formation of the lower jaw. Consequently the development of gingivitis and periodontitis of the teeth.

When a child under the age of 5 years mispronounces the letter p and the sounds of hissing and with great difficulty, lifts the tongue up, you need to check his bridle. In stretched condition for a child 5 years typical length of the bridle is at least 0.8 cm. When lifting the tongue up, it should not bifurcate and take the shape of a heart.

The front edge of the frenulum normal attached a few millimeters above the gingival papilla, but not quite close to the tip of the tongue. For a more accurate recognition of a short frenulum, you can ask the child to lick a saucer or clicked his with language.

When the child easily accomplishes this, the cause of speech defects not in the length of the bridle. Children over 4 years of operation of the dissection of a short frenulum will not help to correct defects of speech, therefore, will need to see a specialist for speech therapy.
Is the advice useful?
See also
Присоединяйтесь к нам
New advices