Why not celebrate 40 years

Since childhood, every year people celebrate his birthday, receiving congratulations on another date. This day is the most happy, bright and joyous in the year. However, with the number 40, and thus the celebration of 40 years is associated with many different superstitions and signs. 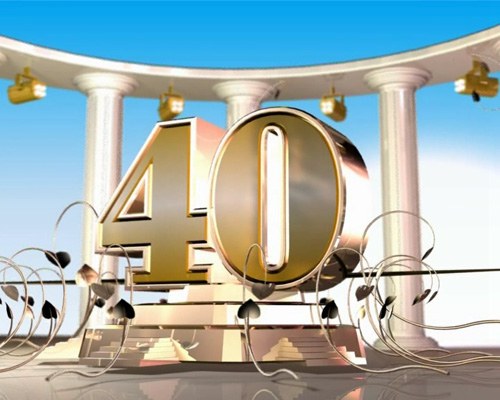 Since ancient times this number refers to topics that carry negative emotions. For example, it is believed that after death farewell to the soul takes place on the 40th day. In magical divination, the TAROT cards drop down the number 40 means death. In addition to the many negative references about this number in the Bible: a 40-day great flood, the 40-day finding Jesus in the wilderness after the Baptism, the 40-year wandering of the Hebrew people in the desert under the leadership of Moses.

Up to the present time in some tribes of Africa prohibited the celebration of 40 years. According to local belief this, rather than disease and unsanitary mode of life, due to the high mortality after this age is reached. In European countries there is a theory that in the distant past the offensive 40 years of age testified that the existing each person a guardian angel to this day leaves him, there is a transition of the soul to another state due to the death of old and birth of the new. In this regard, noting 40 years, a person can attract the attention of death, as if throwing her a challenge.

However, the superstitions and beliefs found mention of the fact that the ban on the celebration of this date applies only to the male population, correlating this statement with the fact that the pagan and the original writings of the Christian religion, it was believed that the woman has no soul.

Despite the fact that at present psychologists regard all these statements as the people's superstitions, they give the following advice: do not congratulate on the 40th anniversary and to say during the feast the magic number, but simply to note the departure of the last of the 39th year etc.

And according to popular belief in human years, for example 40-year-old date, you should not invite guests (if you do decide to celebrate the holiday) a large number of people, not to overlook the host of the celebration. It's best to call a few closest friends, who really like birthday.