Why not celebrate 40 years

Almost every person, appropriate to the forty-year milestone of life, always starts with surprise to find out from friends that this anniversary is noteworthy not because it's bad luck. However, most interesting is no one really to explain the essence of this sign can not. 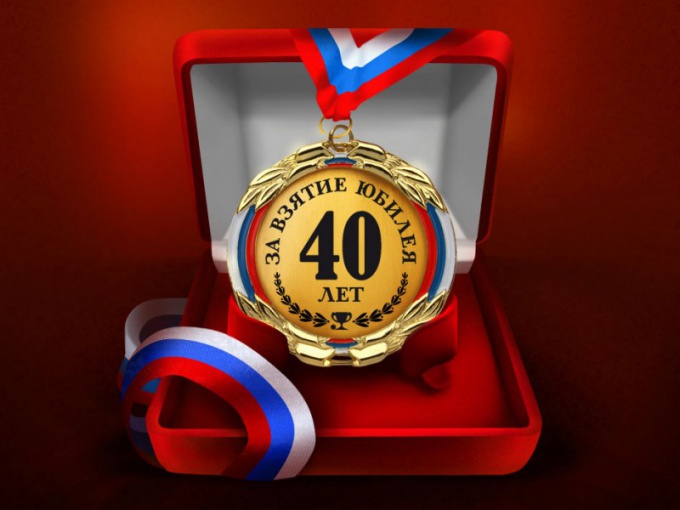 The Internet is full of stories about how people gave up on this sign by hand and have celebrated 40 years – and as a result got yourself in a heap of misery. In contrast to such gloomy stories – many stories about grandparents who feast in honor of the fortieth anniversary does not prevent to live happily into their nineties. And this is nothing surprising, how many people – so many opinions. So whom to listen to and why not to celebrate 40 years?

A ban on the celebration of the fortieth anniversary is one of the mysterious and unfounded. This superstition most likely be explained with the fact that the number forty is considered sacred in many cultures. Of particular importance it had among the ancient Jews. Just open the same Bible is the number there occurs often. Forty years Moses led the Jews through the hot desert, there forty days Jesus spent after his baptism, many days lasted the Great flood.

Ancient Slavs also belonged to this number with respect – argued that it was the basis of their numeral system. This number tied many rituals associated with death and birth. For example, the child can not to show it to other people for forty days after his birth, and on the fortieth day after death it was believed that his soul finally says goodbye to the earthly world. Perhaps it is the Association with post-mortem forty days is the main reason why it is impossible to celebrate 40 years. However, by this logic, and nine years the child is noted not to be, however, no bad signs there.

Esoteric arguments lead numerology. Indeed, in the Eastern magic forty is the number of death. However, not forty, but four, however, the laws of numerology is almost the same: 4+0=4.

The Orthodox Church believes this omen complete nonsense, however, as any superstition. The priests with one voice declare that faith in any signs of sin, evil and temptation. Hence we can conclude: to celebrate 40 years or not – only your business. Remember that superstitions work only with those who really believe.