What causes enlargement of thyroid follicles

Follicles are the basis of the structure of the thyroid gland. The failure in their work often due to their expansion, which affects the functionality of the entire body. The reasons for the increase of the follicles may be due to the hormonal disorders, iodine deficiency and other conditions. 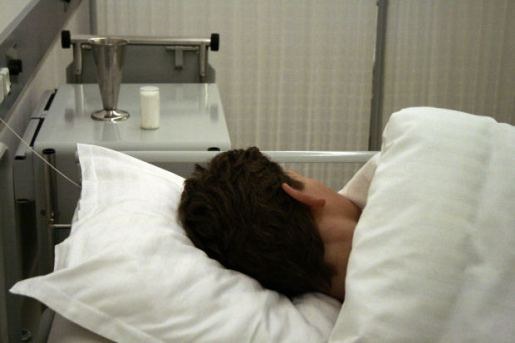 Follicles — rounded education, which lie at the basis of the structure of the entire thyroid gland. Surrounding cells are arranged in glands. Accordingly, if the follicles are increased, it affects the entire body. Often the cause of the expansion of these structural elements are hormonal disorders.

Hormones that body has functional and physiological processes that affect metabolism and the human dream. Hormonal disorders always lead to various failures in the body. Can get a vicious circle — hormonal imbalance causes problems with the thyroid gland and enlargement of the follicles, and this, in turn, again, is bad for the hormones. As a result, suffer all the organs.

The researchers found that in women, a malfunction of the thyroid gland occurs approximately five times more often than males. The fact that the female body undergoes more frequent adjustment, and this gives many of the complications.

Youth is a prerequisite for the expansion of follicle. In this period in girls, puberty occurs in a more Mature period of the pregnancy, then the birth process, and ends with menopause. It is worth considering that the pregnancy and birth process might not be alone. In such periods the thyroid gland are particularly vulnerable.

Men of such processes, of course, does not occur, however, they have hormonal disturbances also occur, although the probability is much lower. At the same time males exposed to other factors that cause the expansion of the follicles of the thyroid gland.

The lack of iodine

The norm, in which iodine should reach the human body - from 100 to 150 micrograms per day for ages 20 to 50 years. If this condition is not observed, formed a compensatory increase of follicles, and the thyroid gland, because the number of applicants not enough iodine for normal hormone secretion.

There are other reasons that lead to the expansion of the follicles of the thyroid gland. These include poor nutrition, lack of vitamin A and insufficient intake of copper, cobalt and zinc. Do not forget that stress, lowered immunity and infection also create a charitable ground for the enlargement of the thyroid gland. The more of these factors present, the greater the risk of collision with diseases of this vital organ.
Is the advice useful?
See also
Присоединяйтесь к нам
New advices