How to change a rotor belt

Normal belt variator the scooter in normal operation is designed for life in 6000 km On the Chinese models – less. Recommended every 2000 miles to inspect the belt for signs of wear. If found, immediately change it. 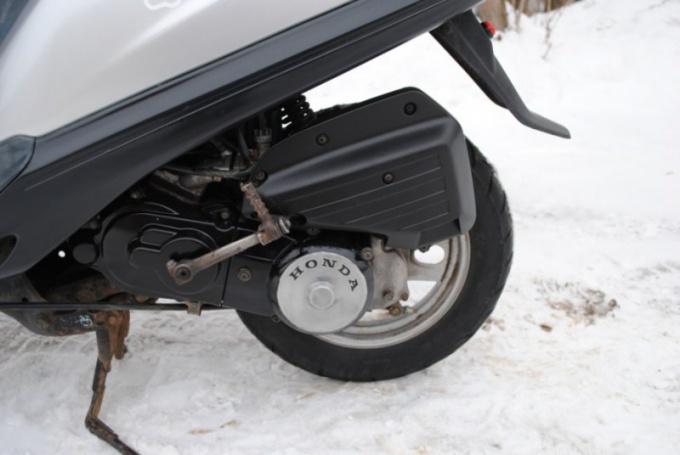 Related articles:
You will need
Instruction
1
Note the signs of wear of the belt and when the inspection always pay attention to their presence. This exfoliation of the top layer, the presence of cracks both in longitudinal and in transverse direction. The operation of the strap with signs of wear and tear it faces the cliff with further damage the variator.
2
In addition, on the outer side of the belt is indicated by its minimum working width. As they wear, the width is reduced. Measuring the working width of the belt and compare to a minimum, it is possible to accurately judge the need for its replacement.
3
For removing the old belt, install the scooter on its centre stand. Remove the bolts holding the right half of the cover of the variator, and then left. Remove both halves. Hands remove the starter Bendix. Remove the nut centrifugal clutch. Ask your assistant to push the rear part of the scooter so that the shock absorber was compressed as much as possible. Simultaneously the assistant should press on the rear brake.
4
After loosening the nut centrifugal clutch (if necessary, use hammer) remove the belt. To do this, with your hands spread the halves of pulley centrifugal clutch and push the belt to its base. When installing a new belt, note its direction. It is shown by the arrows. If the shooter does not, then the belt is non-directional and can operate at any setting.
5
On some models of scooters to replace the belt different. After removing the halves of the covers of the variator, remove the nut its driving pulley. Pre-fix the fixed cheek of the variator using a special puller or a suitable wrench.
6
Remove the fixed cheek along with a belt variator. Then remove shaft inner half pulley variator Assembly. Remove from the body of the variator rollers and inspect them for wear. Inspect the working surfaces of a driving pulley for the absence of mechanical damage.
7
Clean all parts from dirt and rubber dust and install the pulley back on. The casing of the variator clean from debris belt and pulleys. Put on new belt to the driven pulley and push it on the inner radius and parted the halves of the pulley. Rotate the variator several times to seat belt took the position corresponding to minimum speed. Assemble the body of the variator, screwed left and right halves.
Is the advice useful?
Присоединяйтесь к нам
New advices