How to remove speed limiter on a scooter

Modern scooters are equipped with quite powerful engines, capable of giving the machine a maximum speed of 80 km/h. But to implement the terms of the legislation manufacturers artificially limit the speed at 50 km/h. To remove these artificial restrictions just a basic knowledge and skills in the field of installation and repair of the scooter. 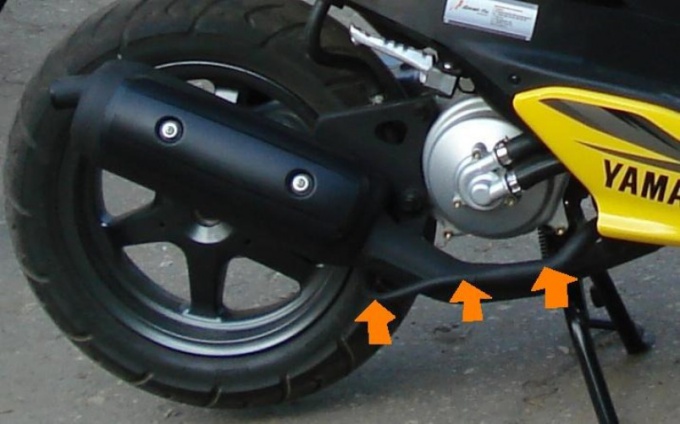 Related articles:
Instruction
1
Often the maximum speed is limited by the setting of the washer between the variator cheeks. This washer prevents the variable speed belt on the outside radius. Sometimes instead of a puck, it sets a special plate from the installation of the weights. To remove a washer or plate, remove the cover and the impeller of the CVT. Puck is removed quite easily. To remove the plate you want to remove and completely disassemble the variator. Simultaneously with this procedure, inspect the condition of the weights and the belt of the CVT. Worn replace. In the absence of washers or plates, they may play a role of a projection on the bushing. Install the new bushing with no lip or grind the ledge with the subsequent polishing of the surface.
2
Installed in the exhaust pipe restrictors are tapered or uniform process that reduces the throughput of the exhaust system. Remove this limiter. When removal of the Appendix requires further sealing of the hole. The use of electric welding desirable. Often in the exhaust system of the scooter is fitted with two stop. For detection and removal of the second limiter, disassemble the exhaust system.
3
Carburetor limiter speed in the form of a special strip on the flap allows you to fully rise. To remove this limiter, remove the cover of the carb. Found the option to install a valve baffle in the float chamber that restricts the flow of fuel in the chamber. Removing it will require knowledge of the device of carburetor to not remove something extra.
4
Electronic limiterinstalled in the switch. Is removed by cutting the blue wire. In the Japanese techniques to remove difficult. Much easier to install aftermarket sport switch off.
5
Non-standard constraints. First, the sleeve on the air filter restricting air flow. It must be removed. Secondly, the closed half the outlet port Chu. The elimination of this limiter is possible with full disassembly of the engine and boring out the window. This is a complex event, in which the means do not justify the goal.
Useful advice
Before removing the limiters check the wear of cylinder-piston group scooter. Otherwise, increase the maximum speed will cause the engine to seize.
Don't try to find the constraints on Japanese scooter, destined for the domestic market of Japan. It simply is not.
Is the advice useful?
See also
Подписывайтесь на наш канал