The whole month of Ramadan every devout Muslim adheres to the Samum – post, which is one of the five pillars of Islam. The post ends with a beautiful yet formal occasion. 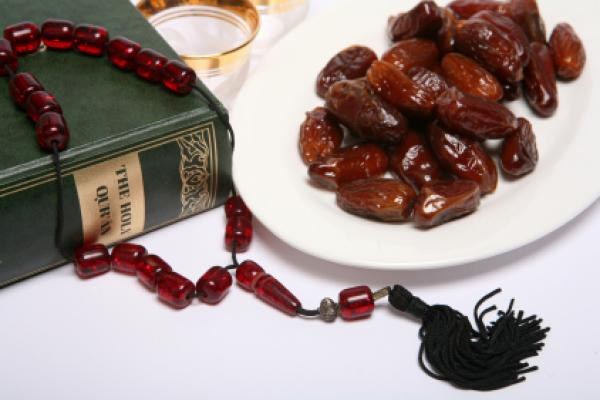 Related articles:
Instruction
1
Depending on the Islamic lunar calendar, the duration of the post sandstorm can vary from 29 to 30 days. The post in 2014 began on 27 June with the sunset, he's marked and the beginning of the Holy month, exactly 30 solar days come the new month of Shawwal, and July 28, reveres Islam said one of the two greatest Muslim feasts - Eid al-Fitr (Eid al Adha).
2
During Ramadan, believers do not have in the daytime to eat, drink, have fun, have sex. Sandstorm begins with morning prayer that is recited before sunrise and ends on the last day of fasting, when the sun sets and the muezzin from the minaret proclaims the beginning of evening prayer.
3
During Ramadan a Muslim must make a niyat, that is a prayer in which a devout said he was going to make a sandstorm in the name of Allah. Suhoor – the morning meal should end before sunrise. Iftar – the evening meal just after sunset. After the evening prayer, carried out a General prayer – Tarawih, which consists of eight or twenty RAK.
4
In the last ten days of month of Ramadan in the twenty-seventh night is the Night of al-Qadr. Supplications carried out in honor of the prophet Muhammad, who opened the first Sura of the Koran what happened in the year 610 before our era in a cave on the mountain Jabal-an – Nur.
5
The sinful acts for which a devout Muslim was punished, are failing niyat, eating in the daytime, sexual contact, taking medicine, which are inserted rectally or vaginally.
6
There is a category of Muslims who are exempt from fasting is mentally ill, women during the monthly cycle and nursing mothers. A great sin is considered a violation of the post for no good reason. Under Sharia law a violation of one of the five pillars of Islam, carries severe penalties. For example, for involuntary breach of fasting, a Muslim has the day of sinning to make up for a day of fasting and bestow a certain amount to the needy faithful, if the post is broken for a valid reason, then the believer must make up this day on any other day, but in the period before the next Ramadan, sexual intercourse by day during lent sinner has advanced to fast for sixty days continuously and feed 60 poor. But at impossibility of observance of fasting prescribed by the Sharia, the devout should pray.
7
During lent every devout Muslim should spend in prayer and performing good deeds that will be reckoned to him 700 times. In the first month after Ramadan comes the feast of breaking the fast – Eid al-Adha. This holiday marks the completion of fasting and is the most loved holiday of all Muslims. All congratulate each other, generously the poor and orphaned, and asking Allah to accept their fast.
Note
After the end of Ramadan, the first day of each Muslim performs Eid prayer, Eid prayers there.
Is the advice useful?
See also
Подписывайтесь на наш канал