Muslims believe Ramadan is the month of redemption, mercy, and abstinence from carnal pleasures. As soon as the young serpik of the moon appears on the sky on the last day of Sha'ban, there comes a great post. Allah is watching at this time for believers and accomplishes its destiny. 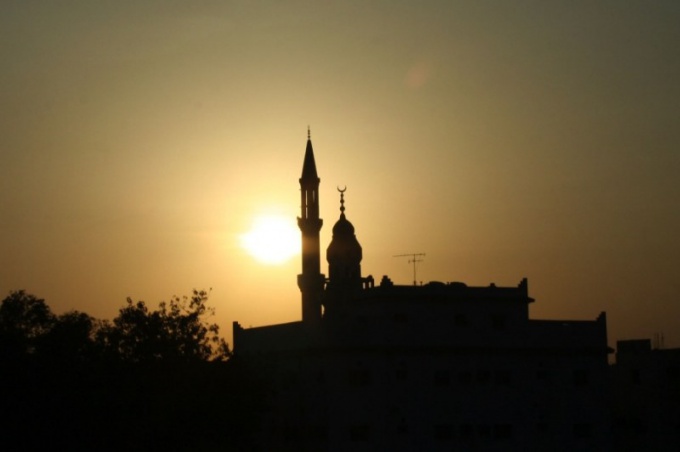 On August 21, Muslims starts the Holy month of fasting Ramadan. This holiday was created in honor of the message to mankind of the Qur'an. This event lasts 30 days, during which time in the daytime it is forbidden to take food and liquid. This fasting is obligatory for all healthy adult Muslims. It can avoid sick people, pregnant and lactating women, the elderly, children, and travelers, the military and people engaged in heavy work.

When the sun goes down, the faithful can eat. Usually the meal begins with dates with milk, and then the feast continues with a variety of delicious dishes. Sometimes it lasts all night until the new dawn.

In different Muslim countries the beginning of the Holy month a little excellent from each other. This is because the feast is celebrated according to the lunar calendar and the position of the satellite is different in different parts of the world.

Fasting in Ramadan begins with the ritual of "meeting" in this moment the faithful waiting when the skies seem young a month. The beginning of strict fasting is marked by drumming or cannon shot. At this point, the Muslims go to the mosque to pray.

Ramadan ends with the holiday of breaking the fast , called Eid al-Fitr. Most often it occurs at the end of September. Besides the ancient traditions, it is the Muslim Holy time, there are modern ceremony. For example, in some countries, people who cannot or do not want to fast, should donate a certain amount to the poor for each missed day of fasting.

In other Muslim countries and republics in the month of Ramadan it is forbidden to sell alcoholic beverages. Sometimes in connection with the celebration prolong the time of work of checkpoints, so everyone could visit the Holy places. In Jerusalem to the al Aqsa mosque on the temple mount and the dome of the Rock is now able to include women over 45 and men over 50.