The Holy month of Ramadan – a special time for Muslims. In this month many years ago people was sent down the Qur'an, the doctrine of the instruction on the right way, and the difference between truth and lies. In the period of Ramadan is usually fast, but it is important to cleanse not only the body but the soul. Muslims devote that time to spiritual enlightenment, learn tolerance, forgiveness and compassion. 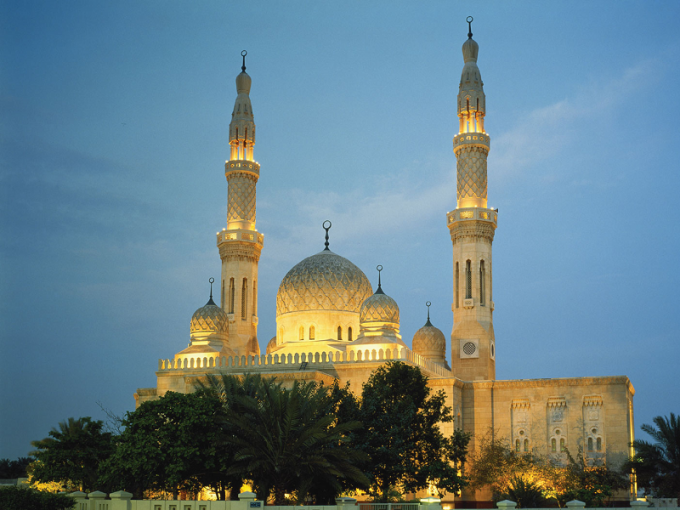 Ramadan is the ninth month of the lunar calendar. According to legend, at this time, many years ago God revealed to humanity his teachings, the Holy book-the Koran. The message that was transmitted via the Arab preacher Muhammad from the hands of the Archangel Gabriel. In honor of this momentous event is celebrated the Night of Power which falls on the 27th day of Ramadan.

On the first day of Ramadan opens the gates of Paradise and closes the gates of Hell. Evil spirits, devils do not disturb devout Muslims, as they were in iron chains. And those demons that remained in the people and grind their souls from the inside, expelled during the fast Oraza. It lasts as much as himself the Holy month and requires a few strict limits. Post oraz is one of the five inviolable pillars of Islam.

In Ramadan Muslims are forbidden to take food or liquid in the daytime. In addition, not allowed to have any contact with persons of the opposite sex, which can be regarded as affection. Post must comply with all people who have reached puberty. The boys reach it in 12 years, girls – 9. Children under this age from fasting oraz freed as the elderly and mentally ill, and pregnant and lactating women.

For the retreat of fasting, every Muslim is punished. Unless there is a valid reason, then one missed day of Oraza believer needs to make up for any additional day after Ramadan, and to make a donation or to feed one needy. For sexual intercourse during the daytime of Ramadan Islam punishes the violator 60 days of fasting or assistance to the poor 60.

The bodily cleansing in the period of sawm fasting is the basis for spiritual purification. In this month Muslims try to spend much time in reading the Quran and prayer. They do good works, give alms, learn compassion and forgiveness. The night of Power Muslims spend in the Wake. It is believed that on this night, miracles happen: the faithful turn to God asking for mercy and receive it. In addition, at this time come the signs from above, signs on the fate of the world in General and its individual representatives in particular. Good or bad, change them no one.

After the three-day Ramadan begins Eid al-Fitr, feast of breaking the fast. These days families are trying to gather under one roof all the family, offering traditional dishes and give them out to neighbors. Families of the dead over the past year, invited the Mullah and perform funeral rites.

The month of Ramadan often does not coincide with the calendar month. This is due to the inconsistencies of the Islamic lunar and Gregorian calendars. For this reason, every year the start of Ramadan moves back approximately 11 days. So, in 2012, the Holy month starts July 20. Note, however, that in some Muslim countries, dates of Ramadan may vary from the usual. This is due to differences in calculations or weather conditions.