What is the relationship between the Fahrenheit and Celsius

Temperature is important not only to specialists in conducting scientific research, but also to ordinary people in their daily lives. For example, many of us, intending to leave the house, pay attention to the temperature outside. While for its measurement in different countries use different sizes. 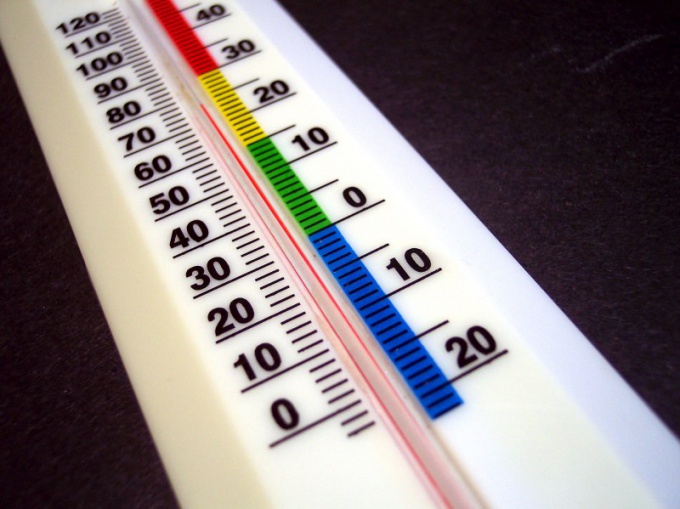 Related articles:
Temperature is a physical quantity characterizing the thermodynamic state of the object. Currently, for measuring the temperature taken several ways.

In Russia and several other countries, including the European, the most common parameter used to measure temperature is degrees Celsius. It got its name by the name of the author of this temperature scale Celsius Alexander, who has put forward a proposal in 1742.

Initially, the idea of Celsius is based on the basic States of aggregation of water: thus, the temperature of freezing was taken as 0 degrees. Thus, temperature below 0, that is, those in which water is in solid condition, was related to negative temperatures. The boiling point of water was taken as 100 degrees: these reference points allows to calculate the band gap of 1 degree Celsius.

The German scientist Gabriel Fahrenheit developed his scale almost simultaneously with the C: in 1724. He, like Celsius, take into account the physical state of water, however, identified their other numbers. So, freezing point of water in Fahrenheit scale is 32 degrees, and boiling point is 212 degrees. Based on this temperature range was measured, the magnitude of one degree Fahrenheit, which is 1/180 of the difference between the freezing point and the boiling point of water in degrees.

Ratio of temperature Celsius and Fahrenheit

To implement a translation of temperature values from Celsius to Fahrenheit and back, there are special formulas: Celsius temperature=(Fahrenheit temperature - 32)*5/9. For example, 120 degrees Fahrenheit in accordance with this formula will be equal to 48.9 degrees Celsius.

For a reverse translation can use the following formula: temperature Fahrenheit=temperature Celsius*9/5+32. For example, 20 degrees Celsius using this formula will correspond to 68 degrees Fahrenheit. Both of these formulas can be used for conversion to the Fahrenheit temperatures Celsius.
Is the advice useful?
See also
Подписывайтесь на наш канал