How to convert mm Hg to Pascals

One of the many units of pressure measurement is millimeters of mercury column. In the international system of units (SI) for the same purposes used Pascal, equal to the pressure produced by a force of 1 Newton on an area of 1 square meter. Between systemic and non-systemic units of measurement there is an unambiguous match. 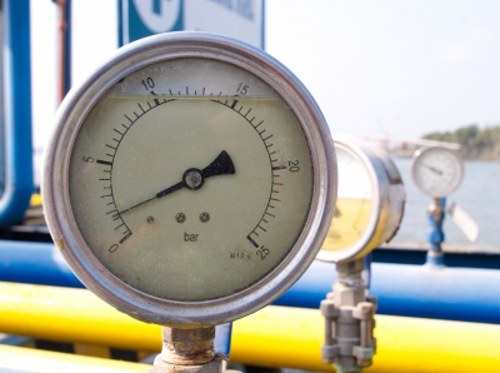 Related articles:
Instruction
1
The numerical value of the pressure given in mm of mercury column, for the expression in the multiply by 101325 Pascals and divide by 760, as according to tabular data 1 mm Hg. article = 101325/760 PA. The formula for conversion of units of measure is:RP=RM*101325/760,germ – pressure expressed in millimeters of mercury column,RP is the pressure expressed in Pascals.
2
It is not always necessary to use the exact formula given in the first paragraph. In practice use a more simple formula:RP=RM*133,322 or even RP=RM*133 in cases where the accuracy of the result must be sign units.
3
In Russia, the common unit is the millimeter of mercury column. Often, however, when reporting measurement results omit part names of units, to the extent that blood pressure just Express a numerical relation, for example, 120 over 80. This can be observed in meteorological reports, and in the production process engineers vacuumseal. The physical vacuum has very low pressure, which is measured for convenience in microns of mercury column. Micron is a thousand times less than a millimeter. In all cases, if it is not possible to specify data, use the above formula to transfer the pressure from mm of the mercury column to Pascals.
4
For measuring high pressures traditionally used a unit called "atmospheresand", which is equivalent to normal atmospheric pressure. In numerical expression 1 ATM = 760 mm Hg. article From this relation by simple insights it is possible to obtain the dependence of atmospheres from Pascals: RP = RA*101325, where RA is the pressure expressed in atmospheres. For practical calculations use the formula: RP = RA * 10000.
5
If the pressure is given in atmospheres, technical, translation in mm of the mercury column , its value should be multiplied by 735,56.
6
If you have a computer or phone with Internet access use any online service for converting units of measurement of physical quantities.
Is the advice useful?
See also
Присоединяйтесь к нам
New advices