As hedgehogs give birth

In the spring, when the snow melts and the danger has passed frost, warm mink appear emaciated during winter hibernation hedgehogs. During this period, little prickly for predators important to eat well. Almost all night time they devote hunting. Spring and summer for hedgehogs - the period of mating and breeding. 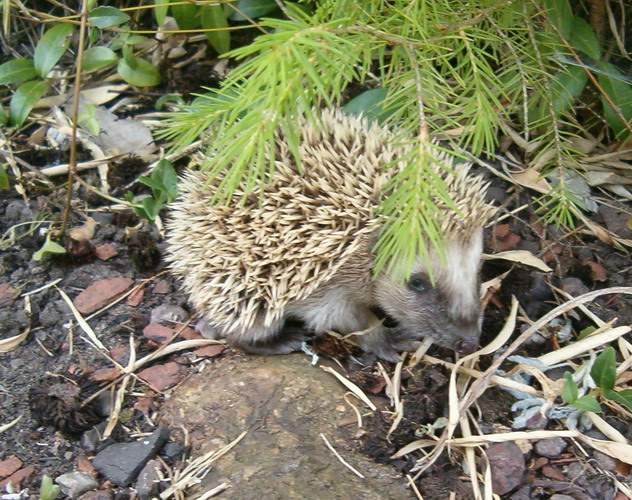 Related articles:
You will need
Instruction
1
A year of very active females may lead to two broods ezhat (from four to eight cubs). The gestation period lasts for forty-nine days. Before birth, the hedgehog becomes restless, irritable, doesn't eat much, preferring the water. Trying to set up a quiet place a special brood nest for the future offspring as well: hauling the pieces of bark, moss and leaves.
2
Hedgehogs, like all mammals, are viviparous. Weigh kids at birth is about twelve to fourteen grams and the length is seven centimeters. Immediately after birth the tiny calf defenseless. Soft white and grey needles appear bright pink skin only after four hours. Hoglets are blind, but are able to curl into a ball. Eyes open in sixteen days. In the first days of life the mother moves away from the brood. It warms ezhat warmth of his body and feeds milk.
3
Real needle in adult urchins, the young appear in about a month. On the second month of life hedgehogs are a kind of learning. Mother shows how to forage, how to hunt, and who is to be feared. Although kids already eat worms, caterpillars, the hedgehog still feed the offspring with milk. So is summer and autumn young hedgehogs leave the mother and begin to live independently. Hedgehogs live in the wild three to four years, and in captivity up to ten years.
Note
In captivity, a person must ensure that Eiji had enough material to make a nest. This can be shredded newspaper, wood chips, etc.

Place to brood should be in the quietest part of the house. The male must be separated from the family because he can eat kids, taking them for prey.
Useful advice
At home mating hedgehogs should be held on the territory of the male. Otherwise the hedgehog will attack the male to protect his territory.

To hedgehog didn't eat cubs from starvation after birth, the one who has been breeding hedgehogs in captivity should provide the animal with enough food and vitamins. Bowls should be put close to the nest, but try not to disturb the hedgehogs. If you want to inspect the brood, for the use of medical gloves, examination of the conduct at a time when the hedgehog leaves the nest to eat. Otherwise it can at best carry ezhat in another place, at worst, kill kids.
Is the advice useful?
See also
Присоединяйтесь к нам
New advices