As not to confuse pimples with boils

Visually the boil zit is very similar, but the difference between them. The differences are mostly internal, so to understand and cure will help a doctor. 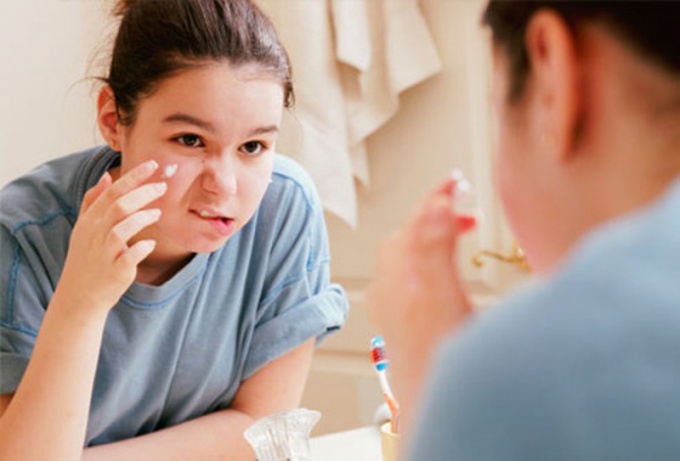 Related articles:
Instruction
1
The emergence of acne may be due to various reasons, but boils always appear due to bacteria. In the off-season of different ulcers there is always more. The effect of treatment of ulcers is not always straightforward, and in some cases even long-term treatments have no result, as it was not considered a single condition. Pimple is the initial stage of inflammation of the skin, and the boil — already developed inflammation. There are several signs that help to distinguish a boil from a pimple with great accuracy.
2
Touching the pimple can be felt in any way, and touching the boil always causes pain in the deep layers of the skin. Around the pimple less frequently than around the boil the skin becomes red; if red, it's redness is always smaller. The size of the spot is generally always less, and it Matures much faster. This is due to the fact that the pimple is closer to the surface of the skin, a boil occurs deeper, at the hair follicle. When the boil is just beginning to emerge, it looks like the swelling or swelling with a painful lump in the depth, at the initial stage it is easy to confuse the boil with the insect bite. Pimple never causes rise in temperature of the skin in the place where appears, boil it a permanent phenomenon.
3
Pimples and boils when they appear on the body is strictly forbidden to squeeze. In the process of extruding infected the nearby tissue, and as a result may appear even more pimples. It is especially dangerous to pop zits and boils that are on the scalp and face. The infection can reach the brain and cause encephalitis - inflammation of the brain. Multiple boils and large foci of inflammation can enter the bloodstream and cause septicemia: fever, starts fever, chills, malaise, vomiting does not bring relief. If integrated treatment is not taken, the process can be exacerbated by early sepsis - a common blood infection.
4
To distinguish a pimple from a furuncle can be by the treatment. In order to cure a pimple takes 3 to 7 days, and the boil is about 10-14 days. Acne can be cured by common means such as a leaf of aloe or Kalanchoe, but to cure boils, you will need tools such as or Vishnevsky ointment "Levomekol". In a large (over 5 - 6) the number of boils you must consult a dermatologist as this is a symptom of intoxication.
Is the advice useful?
See also
Присоединяйтесь к нам
New advices