How many versions of the game CS

Counter-Strike is one of the most famous. There are several versions of this game, each of which has its advantages and disadvantages. 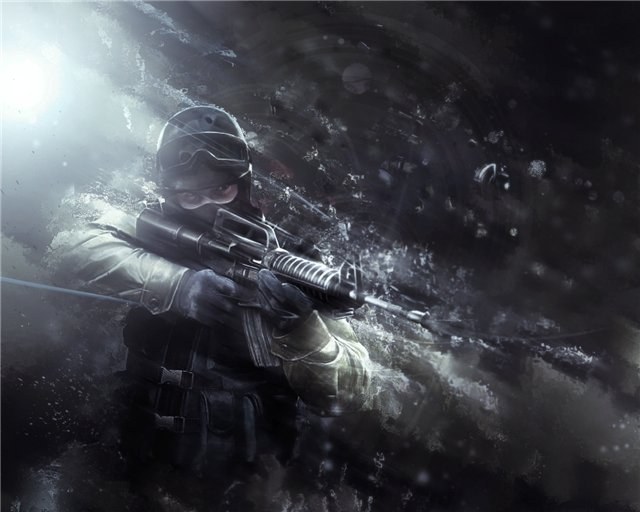 Related articles:
You will need
Instruction
1
Counter-Strike 1.6
Counter Strike 1.6 is the oldest version of the popular network shooter. But despite this, it is still played by thousands of players. This version has a rigid physics, this means that the management of it much easier than the following versions of the game. To play as a team is much nicer and easier it is in Counter Strike 1.6. Version is also less resistant to boot different configurations, which greatly simplifies the gameplay, and the health of the game.
Of the minuses can select a very old schedule, which was relevant only in 2002. Many cards in the game have drawbacks: the player can simply shoot through the thick wall and accidentally kill the player. Most of the various custom modifications have "bugs" that the inconvenience to all players of Counter Strike 1.6. In addition, this version has little protection from cheat codes, which apply some of the players. "Cheaters" ruining the whole game honest players. The game also there is a disbalance of certain types of weapons: the so-called "skorostrel" have a distinct advantage on the battlefield, so to use other weapons is not profitable.
2
Counter-Strike: Source
Counter Strike: Source is the best version of the game. It has a more powerful game engine than the 1.6. Control of the game is quite realistic physics of weapons have been balanced. This version has good graphics that attracts many players. In addition, were built stronger protection against "cheaters". Unlike 1.6, Source players won't be able to kill through the thick wall. All the cards in the game well designed.
But Counter-Strike: Source also has a number of disadvantages. Sometimes killing the enemy a player can spend a half or full clip. Lack of storyline may confuse some players. Also in the team became harder to play because of the shelters on the map became much smaller compared to 1.6.
3
Counter-Strike: Condition Zero
Unfortunately, the game Counter-Strike: Condition Zero very few virtues. One of the advantages we can identify the career mode, where players can come together and held a variety of jobs.
Of the minuses can select bad graphics, gameplay and unrealistic atmosphere. Also in the game there's no protection against cheat codes that spoils the impression from the gameplay.
4
Counter-Strike: Global Offensive
Counter-Strike: Global Offensive – a game that inherits the old version 1.6. Most of the maps from 1.6 have been reworked: improved textures, new items and shelter. Models of weapons have also undergone changes: they have become more realistic and combat characteristics close to the real prototypes. The weapon Arsenal has been enriched with electronic Molotov cocktails and a grenade.
But some players will be difficult to play due to the changed physics in the past versions, the control was smooth and easy. Also many fans don't like the transfer of control points on some maps.
Is the advice useful?
See also
Подписывайтесь на наш канал