How to open parachute in KS

Despite the absolute superiority in the genre of online shooter, Counter-Strike 1.6 over the years, not getting any younger, and players have to invent new ways to improve the already polished gameplay. One of the most popular mods on the Internet – parachute, allowing to jump from any height without damage. 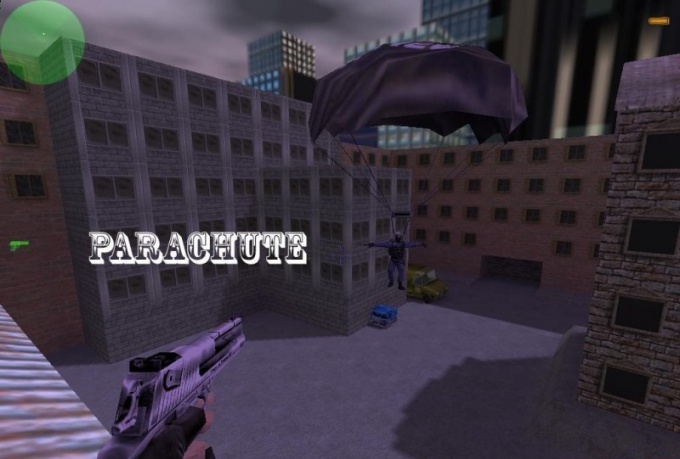 Related articles:
Instruction
1
Not on every server function of the parachute is active. It is always present only in the preinstalled Zombie Mod, in other cases it is necessary to clarify with the administration the presence of such opportunities.
2
Way to purchase parachute also depends on the particular server. In a zombie modification the user needs to enter parachute (in the console) or say buy_parachute (in General chat). When the parachute is installed as a separate plugin, commands can be shortened to !bp written in the General chat.
3
If you are sure that the parachute is available to you, use the E key by default (Russian "from"). Please note that just pressing enough to keep a key need throughout the flight. Accordingly, after landing we should let her go.
4
The easiest way to install a parachute to your server – download ready build of Counter-Strike: Zombie Mod. The problem with this approach is that the zombie version of the game differs greatly from the original.
5
If you want only a parachute, pre-install server for CS. It can be as AMX and Metamod.
6
Download files modifications. The contents of the archive place in the folder on the server (for example, this AMX cstrike/addons/amxmodx/). If you are using Metamod transfer enough, while the AMX requires a "confirmation" plugin file plugins.ini open the file using Notepad and the last line write amx_parachute.
7
Start the server. Log in as administrator. Enter the console command sm_parachute_enabled "1" to activate the mod. Cheat sm_parachute_fallspeed "100" will help you to adjust the speed of falling with a parachute – in percentage of the normal. sm_parachute_cost "0" is responsible for the cost of the parachute, where "0" is - free-for-all.
Is the advice useful?
See also
Подписывайтесь на наш канал