Why do sedimentary and expansion joints

Sedimentary and expansion joints contribute to the design of buildings to reduce the likelihood of destruction of the structure subsequently excessive stresses arising from temperature and sediment deformation. Frequency of sutures is regulated by the construction norms and rules. 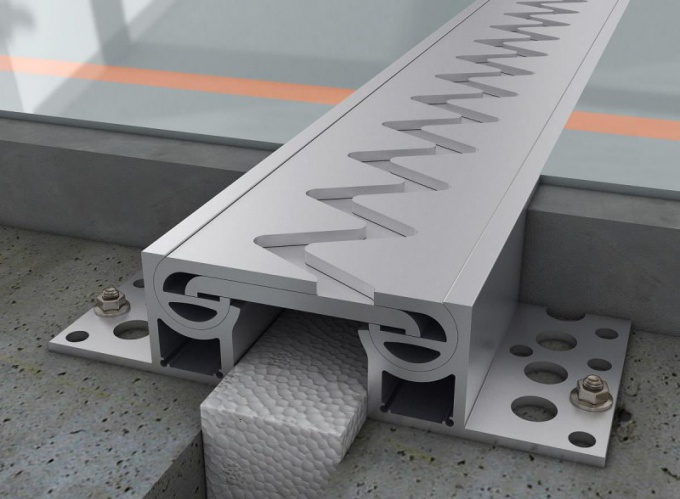 Related articles:
High-rise buildings of great length may be subject to damage, which are caused by deformation of the structure arising from ground subsidence and temperature changes in the environment. With the purpose of minimization of the stresses and to prevent structural deformations of the building are divided into several separate blocks, between which are placed the sedimentary and expansion seams. Along with anti-seismic and shrinkage, and temperature sedimentary seams belong to the group of joints.

The seam is a cavity between the sections of the building, which is filled with insulating material to reduce heat losses. To minimize the effects of moisture on the insulating layer, the seam at its perimeter, is covered with a sealant. One seam runs from the beginning of the Foundation to the roof of the building, can perform the functions of temperature and sediment.

Expansion joint divides the building into separate parts. The seam starts at ground level and stretches over the entire height of the building. The Foundation structure is an expansion joint, located under the ground of the structure almost not subject to thermal deformations.

Step with which the building must be expansion joints are made on the basis of such factors as the materials of the walls and the average temperature in winter in the area of construction. Standardized values of distances between expansion joints are specified in the construction norms and rules. For unheated spaces the distance between the seams should be reduced by 20% compared to the normalized values.

Sedimentary seam to compensate for differences in loads, which appears due to the different masses of the structure of parts of the building. So, if a multi-storey building has a five-storey apartment block and single-storey extension to accommodate a shop, each of these parts will have different pressure on the ground. The difference in loads leads to varying the magnitude of the subsidence (precipitation) parts of the building, with the result that without the presence of sedimentary seam may crack.

Sedimentary seams necessary in the construction of buildings, all of which have the same number of storeys. In this case, the difference in the loads may occur due to the different composition of the soil, which serves as the Foundation for the building. The main difference between sedimentary seams on the temperature lies in the fact that they share as the exterior of a home and its Foundation.
Is the advice useful?
See also
Присоединяйтесь к нам
New advices