What are the root system of plants

The root is axial on higher plants, usually located underground, ensure absorption and transport of water and mineral substances, and also serves to secure the plant in the soil. Depending on the structure there are three types of root systems: rod, fibrous, and mixed. 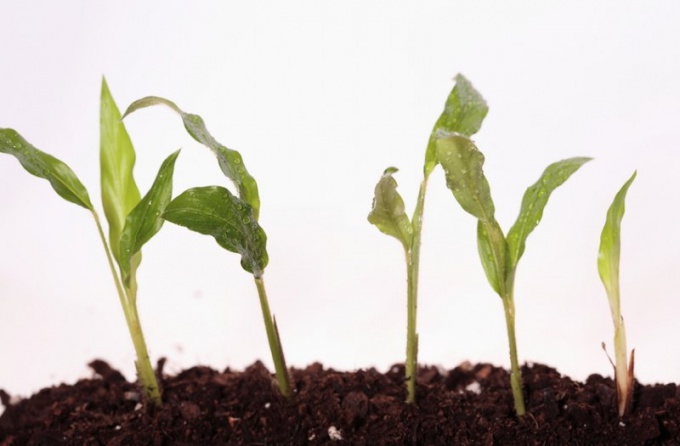 Related articles:
The root system of the plant form the roots of different nature. Distinguish the main root that develops from embryonic root, lateral and adventitious. Are lateral offshoot from the main and can form on any area, the adventitious roots often grow from the lower part of the stem of the plant, but may be formed even on the leaves.

For tap root systems are characterized by well-developed main root. It has the shape of a rod, and it is because of such similarities this type got its name. The lateral roots of these plants are very poorly expressed. The root has the ability to unlimited growth, and the main root of plants with tap root system reaches impressive size. It is necessary to optimize the extraction of water and nutrients from soils where ground water lies at a considerable depth. Tap root system possess many types of dicotyledonous trees, shrubs, and herbaceous plants: birch, oak, dandelion, sunflower, pumpkin.

In plants with a fibrous root system the primary root is not well developed. Instead, they are characterized by numerous branching adventitious or lateral roots are approximately the same length. Often the plants initially grow the main root, from which depart the side, but in the process of further development of the plant it dies. A fibrous root system characteristic of plants that reproduce vegetatively. It usually occurs in monocots – the coconut palm, orchids, paporotnikov, cereals.

Often there are also mixed or combined root system. Plants belonging to this type have a well-differentiated main root and numerous lateral and adventitious roots. Such a structure of the root system can be observed, for example, strawberries and strawberry.

The roots of some plants are modified so that they are difficult at first glance to be attributed to any type. Such modifications include the root – nodules of the main root and the lower part of the stem, which can be seen from turnips and carrots, and korneklubni – thickening of lateral and adventitious roots that can be observed in sweet potato. Some roots can not serve for the suction of water with dissolved salts, and respiration (breathing roots) or additional support (stilt roots).
Is the advice useful?
Подписывайтесь на наш канал