What is quartz and how does it form

The most common mineral in the earth's crust is quartz. He refers to rock-forming minerals. Found in nature as quartz in the pure form and in the form of silicates. 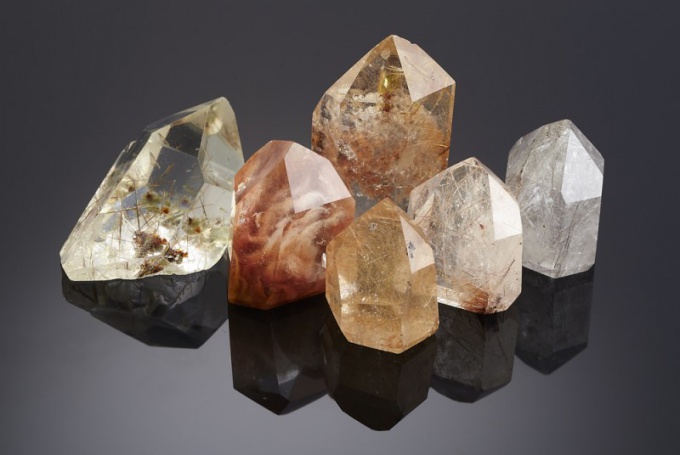 The formation of quartz

The name of the mineral originated from the German word "quarz". In translation into Russian it means "solid". For the first time a person is faced with this mineral in the Alps. Then all took him for ice. But soon he was given the name "rhinestone".

Quartz crystals are formed as a result of geological changes. The mineral is colorless, but in some cases you may have white blotches. This happens due to the internal defects. Due to the chemical reactions, it is possible to obtain green and blue quartz.

The most common method of formation of quartz in nature is the appearance by using acid-magma composition. Generated in this way quartz can be found in volcanic, sedimentary or limestone rocks.

Quartz has a glassy luster with a greasy sheen. The hardness of the mineral is equal to seven on the Mohs scale. If you break off a piece of quartz, you can see the jagged fracture.

Dissolving this mineral will help lye. The melting temperature of approximately 1713 degrees Celsius.Quartz has the ability to glass formation.

The most important property of quartz is piezoelectric. Its essence is simple and lies in the fact that quartz is an excellent conductor of ultrasound. A flat polished plate of quartz with electrodes attached forms a resonator. It is widely used as a filter with a high selective ability.

Currently, quartz is one of the most valuable minerals. It is used in the production of many optical devices, as well as the establishment of means of communication, such as radio and telephone.

Quartz is widely used in the creation of jewelry. Due to its main property, it is used for military purposes (quartz resonator). Also at present the quartz is used as the source of ultrasound in industry and medical research, and even household appliances.

The varieties of quartz

There are many varieties of quartz. This is due to its uniqueness. It appears that during growth the crystal can capture other minerals or leftover sludge.

The most rare and amazing stones are called "Venus's Hair" quartz "phantom". Rhinestone milky or smoky color with inclusions of Golden wolf is most valuable. Legend has it that the goddess of love dropped your hair in a mountain stream, and there he stood forever, becoming a "Hair of Venus".

Phantom quartz is formed by deposition of tiny particles of chlorite in the growing quartz crystal. This stone is especially rare and valuable find for scientists and collectors.

Rauchtopaz performs a variety of quartz. People call it smoky quartz for his light-gray or light-brown color.

The most expensive varieties of quartz is amethyst. He refers to the precious stone and has a purple, purple-pink or purple-red color.
Is the advice useful?
See also
Подписывайтесь на наш канал