How to pass the stage of "Space" in Spore

In the computer game Spore, the latest level - Space. He is the longest, as there are plenty of planets, galaxies and other things, but unfortunately, some do not know how to pass it. 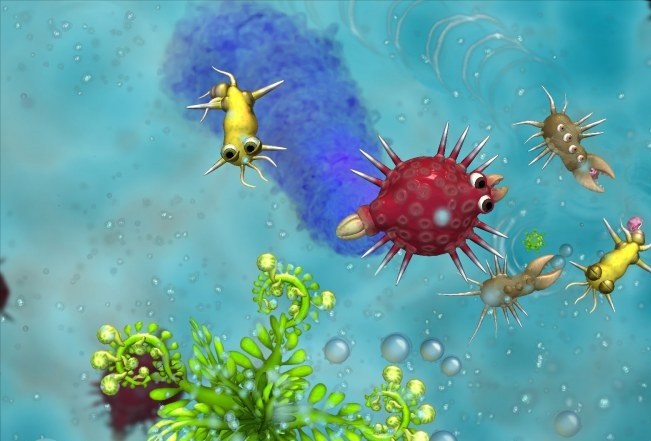 The computer game Spore is a life simulation game creatures from the infamous company Maxis, which was engaged in the development of a simulator of human life - Sims. The first thing the player will have to choose one of several planets on which to live his being, as well as a selected initial stage of the game - "the Cage". The creature just beginning to emerge, develop and as you progress, you receive the following stage. The game has a creature editor that allows you to create one that will. For the first time to create a being is necessary at the primary level. Last time to create beings have directly to the stage of being. At all subsequent levels, they will look exactly (or approximately) how you created the first creature.

In principle, the whole point of the game is based on the fact that your creature evolved. At each stage you must achieve certain goals to move on to another. The most recent stage in this game - space. Creatures under the player to build a spaceship with which to travel through the universe. As you might guess, this level is the longest.

At the stage of "Cosmos", the player must explore the galaxy for other sentient beings, to develop their own colony, to perform these tasks. We can say that this level is infinite, as in space, over 500,000 thousand of systems, and to capture all of them, will go a long time. Naturally, this is not necessary, as the player has priority objective is directly related to the plot, after which the game can be considered complete.

In order to pass the whole plot of the game and therefore the game itself, the user needs to maximize the line of merit, which is at the bottom of the screen. Then you need to get to the center of the galaxy. Of course, this is not so easy as on the way the player will meet mysterious creatures - Proxy, which it is desirable to win. After all this, the player is given the Staff of Life, which in fact is the main goal of the game. At this storyline ends.

The player may continue to play on and develop even more (this is not required): to develop their settlement, to seek out new sentient beings, to help them develop, carry out tasks, which, perhaps, they will give and, of course, to look for new planets etc.
Is the advice useful?
See also
Присоединяйтесь к нам
New advices