How to teach interactive Furby toy talking in Russian

In 2013, the market of children's goods has appeared a new intellectual toy that will appeal to all children without exception - the Furby from Hasbro. That little guy can be purchased even earlier, but the new version of the interactive toy Furby is able to speak Russian language. 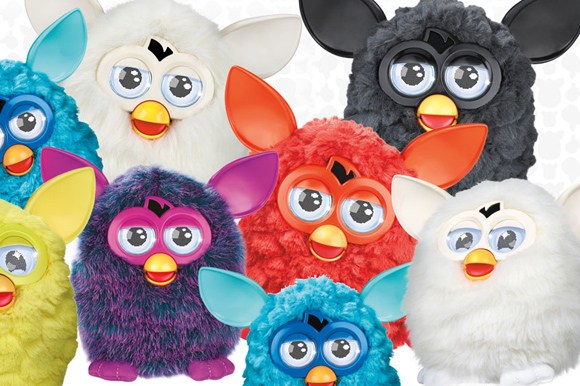 Related articles:
You will need
Instruction
1
Initially, the baby speaks his native dialect – verbose. In the Russian language Furby knows a few phrases, but it is easy to memorize new words.

2
To teach the interactive Furby toy talking in Russian, you need more to communicate with him. Talk to him more often so your friend would learn and remember more expressions.
3
Teach Furby to say your name. Tell him the most popular phrases, like "Hello", "how are you","delicious","good","goodbye","I love you". Furby to remember them quickly, repeat the words clearly and slowly, looking the toy right in the face, several times in a row. Day Furby can learn about 30-40 phrases in Russian.
4
Use translator from verbickogo language. It can be found in the Furby app for ios and android, download and install on your mobile phone or tablet. Answer phrase toys in Russian.
5
To teach interactive toy Furby to speak the Russian language faster, you can turn on his cartoons. For learning is necessary to choose such cartoon films in which the characters speak slowly and clearly. Ideal "the Smurfs", educational cartoons from Tiny Love.
6
Turn your fuzzy music, songs in Russian. Then he will learn to dance and sing along. Communicate with Furby more carefully about it, and then after a few months it can become for you not a simple toy, but a full-fledged interlocutor, and friend.
Is the advice useful?
Подписывайтесь на наш канал