Which days the Church commemorates the suicide

From the point of view of the Church, suicide is considered the gravest sin. Suicide is not funeral, and not serve him the Requiem, for the repose of their souls do not pray during worship, and in pre-revolutionary Russia, they even were buried outside cemeteries. 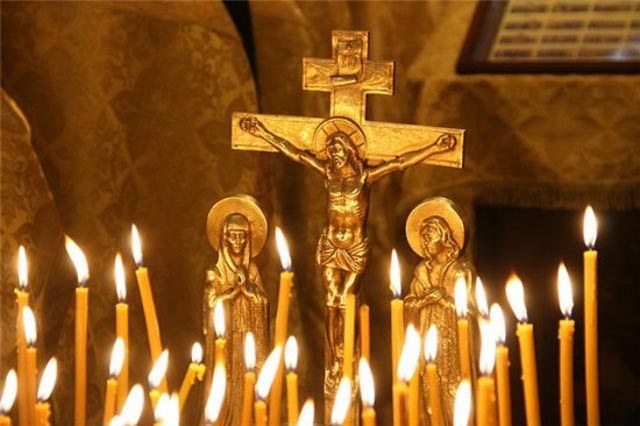 Related articles:
The people there is a belief that the Church still remembers people voluntarily departed from life, the only time all year on Saturday preceding the feast of the Holy Trinity (the day of remembrance of the dead called Trinity parental Saturday). This submission comes from one of the songs that they sing on this day, in the temple, there really are the words of the people who committed suicide, but their names are not commemorated.

The Church does not pray for suicide, never, in any day, under any circumstances, and it is useless to beg the priests. With the exception of those who committed suicide in a state of mental disorder, not being able to answer for their actions, and this is confirmed by a doctor's note. These people remembered the same as all, but only with the written permission of the Bishop.

Why not commemorate suicide

The Church refuses memorial suicide is not because he mourns their plight or sympathize with the grief of their loved ones. She does this for the same reason for not praying for the unbaptized.

The life God gives, only He has the right to decide when it will end – no matter how pleasant the life of a person. From the point of view of a Christian's earthly life is the path of trials to be undertaken with humility, recognizing their value for spiritual growth. Unauthorized abandoning of life and from the trials that it brings, a person puts their will above the will of God, thereby demonstrating understanding of the world, it is absolutely not relevant to the Christian faith.

Such a person is outside the Church – like necromania, therefore she has nothing for him to do. Of course, in such a situation, the person betting, and other sins, but at least they assume the fundamental possibility of repentance, suicide deliberately cut yourself this way. Priests do not claim that for such people there is absolutely no hope to know everything about a person's post-mortem fate can only be God, but the suicide has to fully delegate to His will.

The inability of the Church makes remembrance of loved ones suicide to find at least some solace in private – individual, home prayer. An outright ban on private prayer for suicide in the Church does not exist, but it can be done exclusively with the blessing of the Confessor. However, the priests are reluctant to give such blessings, and there are serious reasons.

Prayer for a suicidal person to a certain extent, becomes a manifestation of pride: the person who does it, it may seem that he is merciful Church or even God himself. In addition, praying for someone, a Christian becomes a partaker of the state of mind of this man. The soul of a suicide leaves the world in a state of despair, discouragement or even bitterness, of hostility to God. This state can be "infected" whoever is praying for him, so the priests do not suggest to pray for the suicides.

If the blessing of the priest still received, you need to read the prayer of St. Leo of Optina. A good way to help the soul of a suicide – the distribution of alms to the needy.
Is the advice useful?
See also
Подписывайтесь на наш канал