How are weddings Muslims

The marriage ceremony among different peoples and representatives of different religions has its own characteristics. For example, those adherents of Islam who strictly adhere to religious rules, try to hold wedding ceremonies in full compliance with them. 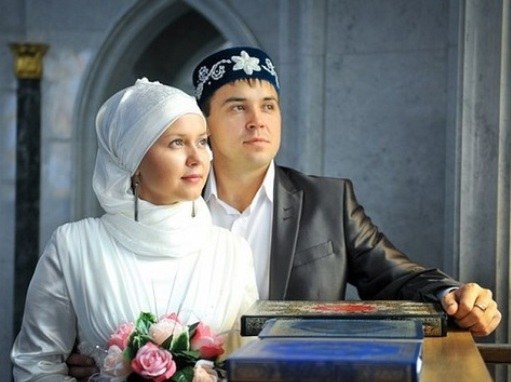 How to behave as a bride and groom before the wedding, the Muslims

Many Muslims, especially those living in major European cities and not too zealously observe religious rules do wedding compromise style, allowing some divergence from the old customs and norms. The rules of Islamic morality require that future spouses before marriage not seen alone. They can meet only in the presence of other people (usually relatives of the older age). Touch each other, even a handshake, is strictly prohibited. The bride for her future husband needs to be dressed according to the Muslim canons that she had opened only the face and hands.

The rites preceding the marriage are matter to some people or community belong to the bride and groom. In most cases, directly before the wedding the bride and groom visit relatives, friends and girlfriends. In the house of the future wife are going to women, and the house of her future husband – men. They till dawn, congratulations to the newlyweds, give them advice on various issues of life together, I wish you happiness. Some peoples on this night, the groom is allowed to briefly visit the home of his future wife.

What does the wedding ceremony

According to Muslim canons, marriage in bodies the registry office does not make the newlyweds husband and wife in the sight of Allah. Need a religious procedure of marriage called "nikah". It is usually held in the mosque with the obligatory presence of two witnesses, and the father or guardian of the bride. Bridal clothing should be designed in accordance with Islamic traditions. Although strict regulations on this point.

Performs this procedure is a Mullah or Imam. He reads out loud from the fourth Sura of the Koran, which describes the rights and obligations of married women. The groom is supposed to confirm its intention to take the bride to wife, and to specify what property (cash or in-kind), he presents her as a wedding gift. This gift, he is obliged to be his wife during a certain period, or in the case of divorce.

After the marriage the bride and groom exchange rings. The Muslims, unlike the Christians, wedding ring made of silver.

The wedding after the marriage according to tradition is remarkable for its splendor and abundance. Be sure to try the famous Oriental sweets. Alcohol is also prohibited because it is incompatible with the norms of Islam.
Is the advice useful?
See also
Подписывайтесь на наш канал