Why is there a burning sensation in the thigh

The health of the lower extremities depends on the degree of mobility of the person, his ability to walk normally, run, jump, etc to lead a normal lifestyle. Therefore, any symptoms, extending to the feet and causing discomfort, should be considered as a reason for seeking treatment. Among these symptoms may be a burning sensation in my thigh, which in some cases explicitly States about the specific disease. 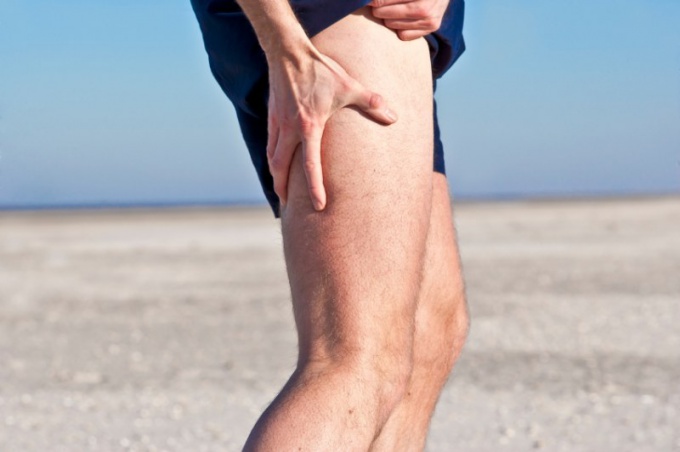 Osteoarthritis of the hip joint (coxarthrosis)

This diagnosis doctors put quite often. The disease is characterized by pain and a burning sensation in the groin, radiating down along the side and front of the thigh. Sometimes, these sensations extend to the knees and on the buttocks. Pain and burning often occur when walking and when standing up (off the couch, off the chair). At rest, they almost always stop.

Osteoarthritis occurs mainly in people over 40 years old. Women suffer from this disease more often than men. The disease can affect one or both hip joint.

Neuropathy of the femoral nerve

The most common cause of neuropathy, or neuropathy, femoral nerve injury is complicated by a retroperitoneal hematoma. The second most frequent reason doctors call all kinds of disease of the hip joint, which is affected or compressed by a nerve passing close to this articulation (for example, with dislocation of the femoral head). Burning and pain in the hip often complemented by numbness of the skin on the thigh areas, reduction of the knee reflex and even atrophy of the quadriceps, in which the gait is disturbed (irregular step).

When neuropathy femoral nerve in any case be self-medicate, including taking painkillers without a doctor's prescription. This complex disease can lead to serious complications (up to paralysis), the initiative in this case is simply unacceptable.

Inflammation of the hip tendons (trochanteric)

Trochanteric is biased – when the disease one leg and bilateral – when inflammation of the hip tendons on both legs. Women suffer from trochanterica much more often than men, especially in menopause, when the weakened muscle and tendon tissue. The disease produces pain and a pronounced burning sensation in the outer thigh (the so-called "zone breeches"). Sensations while walking and lying down.

The main reason syndrome the piriformis muscle located beneath the gluteal muscles - damage to the lumbar spine. This diagnosis confirmed in 40% of patients referred to the doctor with pain and a burning sensation in the thigh. Most often the disease is unilateral (affected the right or left thigh). Dynamics of symptoms – quick, they appear within 1-2 days after lifting large weights, awkward movements, or heavy stress. Sometimes the attack is preceded by pain in the lower back.

Often intense pain and burning sensation at the piriformis syndrome can be felt in the buttocks and sacrum. In some cases, these symptoms may capture the rear surface of the leg and descend until your heels. The symptoms are more pronounced at night.

Piriformis syndrome does not cause motional restrictions of the limb, i.e. the foot is fully rotated and raised. A sharp pain and a sudden burning sensation occur in the lower back or buttocks when bending of the trunk with straight legs.

Some of the disease, the clinical picture is characterized by disorders or damage to the vessels that supply blood to tissues of the hip area can cause numbness, tingling and burning in thigh. Find out the real cause of unpleasant symptoms, to see the real picture on the basis of the conducted researches and assign the appropriate treatment can only a doctor. So no need to rush to buy the ointment and RUB on them, and swallow painkillers. This can only aggravate the disease.
Is the advice useful?
See also
Подписывайтесь на наш канал