What is the difference between the cars in the train

In Russia there are several types of passenger cars, which differ from one another in the amount stipulated in the seats and comfort level. There is also a significant difference in the cost of travel in any car, even a train. 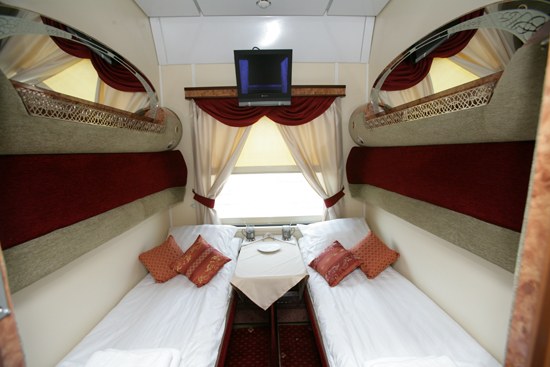 Sedentary car is equipped only places for sitting passengers. Places can be both hard and soft, reminiscent of seats on the plane. Unlike the cars in the train, it's a coach there are two toilets located next to the vestibules. It also has compartments designed for the conductors. Cars of this type by the level of comfort and number of seats are divided into three classes: economy class (from 63 to 68 seats), business class (43 seats) and the cars of the first class (10 seats).

Second-class carriage consists of 9 compartments compartment type is not fenced off from the common corridor. Compartments are equipped with folding tables and 6 shelves, three on each side. Four shelves (bottom and middle) are designed for passengers, but the top two are used for baggage. In addition, the extra space for bags under the bottom bunks. In front of each compartment are side seats. Just a second-class carriage 54 beds, 36 of which are in the compartments 18 on the side during the route of the train.

In appearance, the General car is no different from second-class, but there was no sleeping space, top shelf only used for storage on the bottom placed passengers, three men on each shelf.

Every compartment in the carriage separated from the corridor by a door and is designed for four passengers. It is equipped with four shelves for sleeping, table, ceiling lamp, night lamp for reading, which is mounted in the wall next to each shelf. For storage there is space under the lower shelves and the niche above the door. The inner side of the door of the compartment is a mirror.

Like most cars designed for driving passengers from one city to another, in a compartment there are two toilets with washbasins and water heaters. At the beginning of the wagon has a double compartment for the attendants.

This type of car has high comfort. He also has nine separate compartments, but each compartment only has two beds. All the shelves in the compartment is soft and has a soft backrest. In addition to reading lights, the light on the ceiling and the table in the compartment often have a TV or other equipment. The toilets in these carriages meet all modern requirements: the mixer is sinks, and the toilet seats are hygienic film.

In the car of this class, only four compartment, each of which is designed for one or two passengers. The coupe may be different furnishings and layout. Most of them has a double bed, wardrobe, TV and a shower room.
Is the advice useful?
See also
Показать еще
Подписывайтесь на наш канал