Will Ukraine join the EU

The events of the period autumn 2013 - spring 2014 in Ukraine led to the loss of social, economic and political stability. It all started with the desire of the people (or a particular part thereof) to be part of the European Union. Now, after all that, what are the real chances of Ukraine to join the EU? 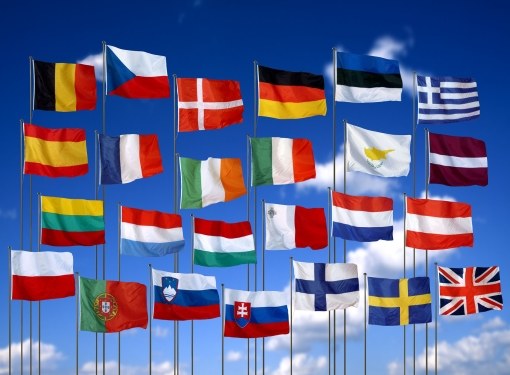 Every political issue in most cases can be answered only in the conditional - guessing, analysis, and intuition. And when it comes to the state where only recently there was a revolution, then everything becomes more complicated.

On the one hand, EU doors for Ukraine are open. Technically speaking.

If we consider signed on March 24, the Ukrainian Minister, the Association agreement with the European Union, we can say that Ukraine is confident steps moving toward the European, democratic future - this document is the recognition of the sovereignty and territorial integrity of Ukraine, and that the Association agreement lays the Foundation for reforms in the field of law, legal proceedings and other spheres of life.

It should be noted immediately that the signed 24 Mar 2014 "preamble", that is, only the political part of the Association agreement with the EU in no way affects the economy and social sphere of the country. It can be called only the beginning.

Whether such a beginning of the continuation is unknown. Perhaps the credibility of the EU is exhausted - too much depends on how events will develop in Ukraine in 2014.

Do not forget that, although the current government of Ukraine was (formally) recognized as legitimate by the EU and the US, Ministers and politicians of those same countries Express great concern about who actually is conducting the current political elite of Ukraine.

Real adoption by the European Union in its composition of Ukraine. Is there a...?

Analyst Alex Poltorak: "of Course, the EU does not want to sign the economic part of the agreement with a kind of hodgepodge, which is now in power in Ukraine. Their position is simple - the EU does not need an unstable state."

If you push in the side of formality and to discuss the realities, it appears that the EU is not interested in Ukraine's accession to their ranks.

The main reason for this is the unstable political and social situation in the country: distrust of the people to the government, which started the separatist movement in the South-East of Ukraine and the chaos in the security and police structures.

The EU does not shelter the one who will bring in the future only problem.

As a second reason in favor of integration can be economic factor - Ukraine produces almost nothing, so the possible accession to the EU just squeezes all the juice out of a depleted economy of the country. Understand this and the European Union, and Ukrainian analysts.
Is the advice useful?
See also
Подписывайтесь на наш канал