Why are blue nails

Manicured nails are the pride of many fashionistas who spend a lot of time on fancy manicures and other fashion jewelry. But sometimes the nail plate covered with obscure spots, or worse, begin to change their natural color. 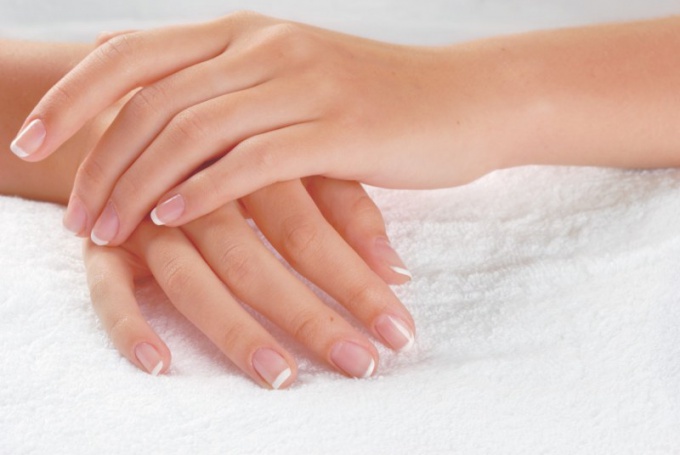 There are many factors that affect the condition of nails and giving them unhealthy shades. Blue can cause bumps and other similar damages. This includes cases where the toes come to a sharp object, such as the heel. Resulted hematoma is formed from blood clots, which and gives a similar visual effect.

Promptly applied to the site of the injury a cold compress or wrapped in a clean cloth, the ice will mitigate the harm caused by the damage, however, this does not exclude recourse to the doctor. Only a qualified specialist will determine if you need medical intervention or sufficient to limit the discretion in the future.

The most painful option to eliminate consequences of injury is the removal of the horn plate. This is an unpleasant procedure that requires significant recovery period – if we are talking about the toenail, to move freely for some time after the manipulation would be problematic.

Do not attempt to open the nail plate and to remove therefrom the frozen blood liquid on their own. Even a small puncture at the site of injury can be a source of infection in the body. It threatens more deadly consequences, such as tetanus and sepsis.

When the blueing of the nails is associated with concomitant diseases, should be treated the root cause, i.e. the disease itself, as the changed color of the nails in this case is cause for alarm and medical examination.

In the above category include poor circulation, and heart failure. Recognize improper blood circulation can be bruising of the fingertips along with change the hue of the nails. This condition requires medical supervision, because in case of unfavorable course, it entails such serious complications as gangrene of the limbs. Malfunction of the heart is also characterized by a blue discoloration of the upper phalanges of each finger. Heart failure causes hypoxia of organs, pulmonary edema and without proper treatment leads to death.

Problem nails does an expert in the field of dermatology, however, if their unnatural coloring is just a symptom of a more serious disease, you need to pass an inspection generalist, having passed all the necessary tests.
Is the advice useful?
See also
Подписывайтесь на наш канал