Cucumber - a favorite summer vegetable, giving the freshness and coolness. However, it often happens that cucumbers taste bitter. Unfortunately, radical methods to help get rid of bitterness, does not exist, but do not rush to throw away bitter cucumbers. 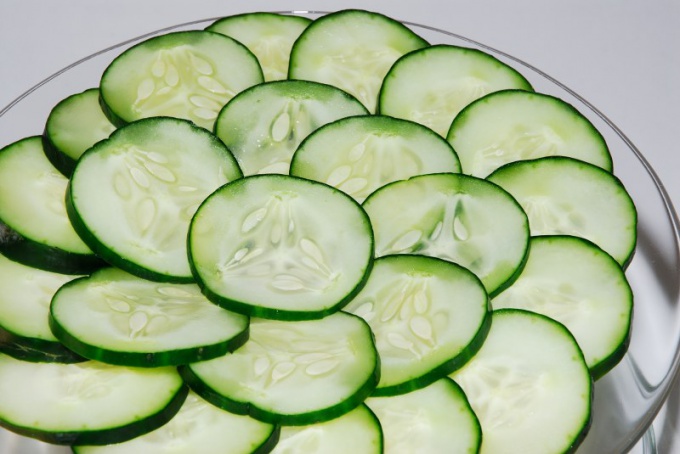 Why do cucumbers taste bitter

Cucumbers belong to the family Cucurbitaceae like melons and watermelons. These plants produce a substance called kukurbitatsin, very bitter and can hurt people in large numbers. In most cases, this substance is distributed in the leaves, but sometimes gets in the fruit, causing the characteristic bitterness. The reasons for this are several.

European breeders have selected varieties of cucumbers that will never be bitter: special gene prevents the development of cucurbitacin.

One of the most common causes - high temperature. If plants suffer from heat, the fruits become bitter.

The second reason is irregular watering. If the cucumbers survive long droughts alternating with abundant watering, the stress causes the formation of bitterness in the fruit.

The third reason not depends on the person. It is the temperature changes over a short period of time.

Finally, heredity. Unfortunately, for some inexplicable reason, some plants carry the gene responsible for bitter taste of cucumbers. The gene is contained in the seeds, so no care and regular watering are unable to deliver the fruits of bitterness. Such plants are doomed.

Kukurbitatsin afraid of water. Try to soak the bitter cucumbers for a few hours. Perhaps the bitterness will go away.

What if cucumbers are bitter

If you grow the cucumbers yourself, you will learn to identify the cause of those that were listed previously. It is recommended to water the cucumbers with warm water and avoid irrigation in cool weather. During the cold periods you need to cover the plants. Cucumbers need fertilizer. You also need to establish lighting and thermal conditions. Give your plants regular care and protection from the heat. If, despite all your attempts, the cucumbers still taste bitter, get rid of the plants.

As for the food, even bitter pickles can be used. First, sometimes bitter but the peel, which can be cut, and the flesh is used in salads. In addition, cucurbitacin neutralizes the heat treatment. Therefore, even from bitter cucumber can be cooked twist for the winter, a little proverif their Bay and hot pickles. Although bitter cucumbers is impossible, kukurbitatsin not harmful to health, but rather useful, as it promotes good digestion and even prevents the development of cancer.
Is the advice useful?
See also
Присоединяйтесь к нам
New advices