Why pickled cucumbers are soft

At any time of year, but especially in winter, crunchy pickles will be a fine snack and complement to a variety of hot dishes. However, the taste of cucumber lives up to expectations. 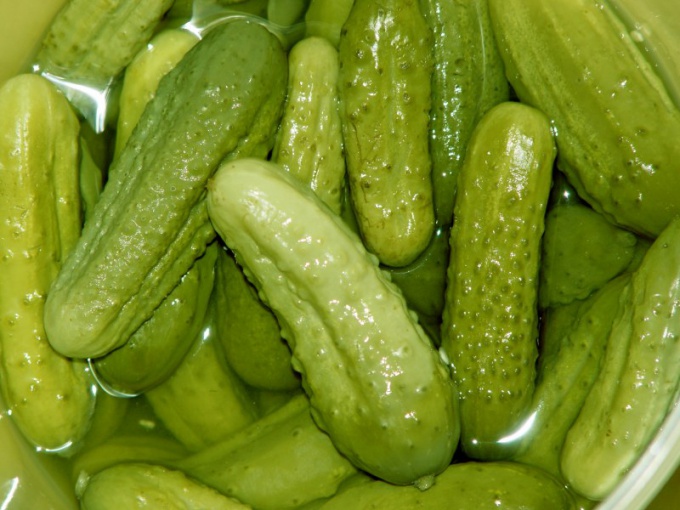 Related articles:
It happens that the pickles out of the new banks lose their usual taste and structure. They are soft. Such a situation is not just very upset Housewives. They raises the main question: why did this happen?

Among the various causes of disturbance of pickles, there are several basic. For example, too much garlic added to the jar when pickling.

Too little salt is also one of the reasons of softening of cucumbers.


Not too thoroughly cleaned the banks selected for harvesting cucumbers in the winter, can also lead to undesirable consequences – the vegetables will become soft. The same thing can happen if you do not pay special attention to the honesty of cucumbers, which are subjected to pickling. It is advisable to wash the prepared vegetables several times and then soak in water for a while.


In the marinade, always add vinegar. Thanks contained in its structure acid, the cucumbers become crisp and durable.

If you use 70%the second of vinegar just add 1 tsp to a glass jar of marinade.

Insufficient amount of vinegar or improper concentration of the acid may be one of the reasons of softening of the fruit.


A great influence on the end result of pickling cucumbers is having the correct variety of vegetables. Typically, there are cucumber salad and canning. Salad - have a delicate thin skin. When marinating, it may be the reason that the vegetables soften.


Improper storage jars with the workpiece also affects the quality of pickled vegetables. Granite cucumbers in a cool place such as a cellar or refrigerator, they will remain crisp and strong.

How to choose cucumbers for pickling

As mentioned above, it is necessary to pay attention to a variety of vegetables. It is important that the size of cucumbers, which you will lay out the banks. Give preference to smaller instances of approximately the same length. Better suited to short varieties of cucumbers.
Is the advice useful?
See also
Присоединяйтесь к нам
New advices