As expected, square meters per person during the demolition of dilapidated housing

The main mission of housing reform – getting rid of dilapidated housing. Such structures not only create an unsightly appearance for city, but most importantly, are a danger to life and health of tenants and others. 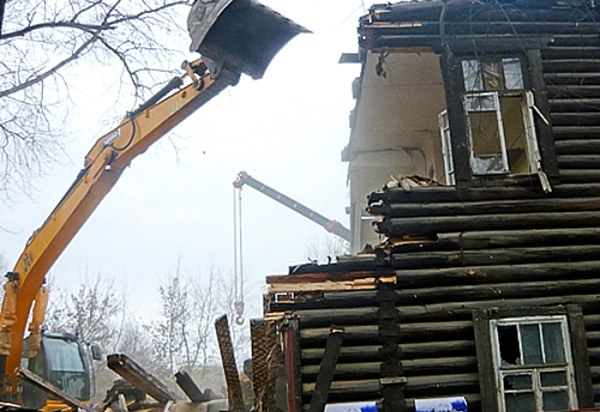 The program of demolition of dilapidated housing

In 2010, the President of the Russian Federation signed a law on the resettlement of dilapidated housing, which is currently in effect. This program, though slowly, but solves the problems with the housing.

Under the program, the local authority should draw up lists of lists of the old (emergency) housing, further assessment of technical condition, after which the decision on the reconstruction (overhaul) or the elimination of such buildings.

When deciding on demolition and resettlement of the residents of the city interdepartmental Commission adopts a package of documents, which includes: a statement (form installed); the plan of the residential premises; technical certificate for the premises; in free form residents ' complaints; copies of contracts on accommodation; conclusion of expert Commission.

After the recognition of the interdepartmental Commission of the facility emergency leases and social tenancy is terminated, the issue of providing residents of new housing.

If the housing is owned, then by agreement of the parties made relocation or compensation.

The provision of new housing

One of the issues the residents of emergency houses is laid the area of the future dwelling. Seemingly contradictory are the provisions of the housing code. Thus, article 50, 57, 58 housing code say about the standards of provision of facilities based on the number and sex of living. clause 2, article 57 speaks of the extraordinary provision of residential premises for the families whose homes are in disrepair. But the key point is that such families should be registered as in need.
And resettlement acts, article 89 of the LCD, which suggests that the provided area of social hiring should be equal.

Thus, to speak of "normative footage" in this case does not make sense. Note that when moving according to article 55 of the LCD resettled citizens in the same room never cease to be registered as needing residential premises.

In cases where a dwelling is owned, is also relocating to the same area or compensation at market value. In a prize are the owners of the land as at the assessment takes into account its cost and the cost of all legal buildings located on it.

Thus, the main housing instead of emergency is equivalence of housing accommodation provided by area emergency and being in one locality.
Is the advice useful?
See also
Присоединяйтесь к нам
New advices