Whether to privatize the apartment that will be demolished?

Privatization of apartments is available to receive the notification about the demolition of the house, but it is usually resorted to only when necessary to urgently sell the house. After receipt of the notice all real estate transactions is prohibited. 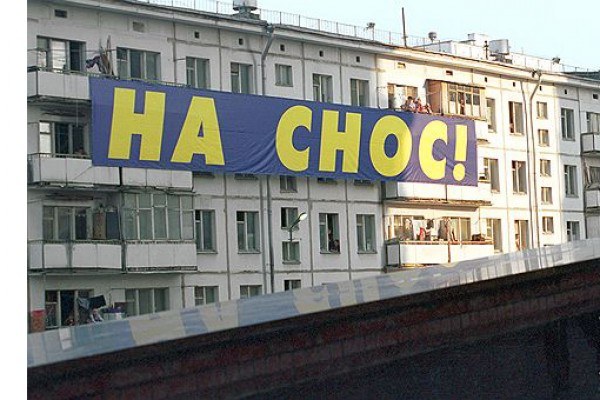 Related articles:
Over time, any dwelling becomes unfit for use, so the process of demolition of old buildings and construction of new buildings never stops. In any settlement of our country uninhabitable are at home, the level of wear is more than 70 %. In most cases, the "Khrushchev" and the house of barrack-type type. Demolition can go and also those houses, the land for which you plan to use for city purposes, for example for the construction of vital facilities.

To learn of the impending demolition of houses in the housing Department of the city or district administration, which provide information as of the current year.

Is it possible the privatization of apartments in the building to be demolished?

As you know, the timing of the privatization was again extended, and now citizens can become owners of their apartments before March 1, 2015.
The demolition of the house in a planned manner, the government is building new instead of apartments, and tenants in advance, the notification is sent, indicating the date of relocation. After receiving this document, it is prohibited to conduct any real estate transactions, including the sale, privatization and registration. To violate the ban will fail, because Registration chamber simply will not accept for consideration the documents on this object. Tenants can privatise the municipal apartment only if they somehow found out about the planned demolition of the house, but have not received official notification. Ie theoretically, privatization is possible, but is it worth doing?

Whether to privatize the apartment to be demolished

Until the beginning of 2011 tenants of municipal flats in the resettlement house could expect to receive new housing from the calculation of 18 square metres for each prescribed person, in line with social norms. In this regard, in not privatized apartment tried to register as many residents to obtain additional living space. The homeowners moved into a new apartment, the old equivalent to the number of rooms and total area. The norm is 18 sq m per person in this case was not respected, so privatization was beneficial only to those who alone lived in a spacious apartment.
The situation changed after amendments to the Law on privatization, when property owners and renters have the same rights. Today, all tenants of the house to be demolished, a new apartment, similar to their previous housing in terms of size and number of rooms.

The owner of the demolished housing may, if desired, to receive in return is not flat, and cash compensation at market prices.

For tenants of municipal flats retains the right to privatize the new housing. Therefore, no special benefits, the privatization of apartments in the building to be demolished will bring.
Is the advice useful?
See also
Подписывайтесь на наш канал