How to get to Solovki

Solovki (Solovetsky Islands) are located in the historical and cultural region called the Russian North. For the whole of this area is characterized by an unprecedented character and original architecture. 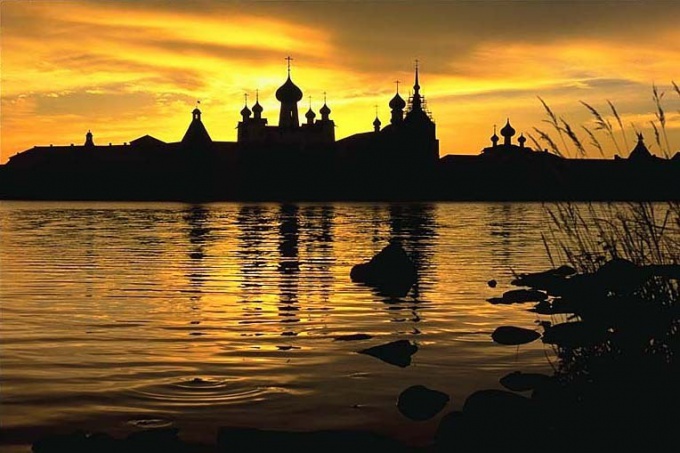 Related articles:
The Solovetsky Islands are located in the White sea near the entrance to Onega lip. Administrative Solovki belong to the territory of the Arkhangelsk region, but it is much easier to get to this place from Karelia. The area of the archipelago is approximately 347 square kilometers, and the total number of its constituent Islands exceeds one hundred.

How to get to Solovki in Karelia

From cities of Central Russia to the Solovetsky Islands can be reached through the town of Kem. In this small ancient town, which was the center of the legendary Kem parish, there is a railway station, where trains arrive from Moscow, St. Petersburg and Petrozavodsk. In short, before Kemi can be reached by any train which goes to Murmansk. Kem ' and Solovki binds water transport. To the attractions of the archipelago are sent to private boats and vessels of local navigation. But it is worth considering that the ships sent to Solovki Islands from the town of Kem, and from the village Rabocheostrovsk, where you can buy a ticket on the ship "Vasily Kosyakov" for about 800 rubles per trip one way. Boat to Solovki go to and from the city Belomorsk, which is also in Karelia. In this case, the ticket will be more expensive by 100-200 rubles, as the distance to the Solovki out more than the Rabocheostrovsk.

In the summer season to the Solovetsky Islands can be reached even from Moscow. In this case, the ship is moving on the white sea canal, and on its way passes the lot of landscape beds. Stop in Solovki lasts for hours.

Planning an independent visit to the Solovetsky Islands, it is necessary beforehand to know about the upcoming weather. Storms here can last for several days and during the unrest of the sea links with the mainland ceases.

The cost of tickets for a cruise liner on route Arkhangelsk-Solovki will be about 8000-12000 rubles for a Suite cabin. But you can buy a ticket to the cabins without beds. Its price for per one-way trip will be about 1500 rubles.
Is the advice useful?
See also
Присоединяйтесь к нам
New advices