Where is "Kem parish"

Many film lovers remember the legendary Soviet movie Swedish Ambassador demanded that the king give Kem parish, and almost got it. But where is this strange place that few people know. 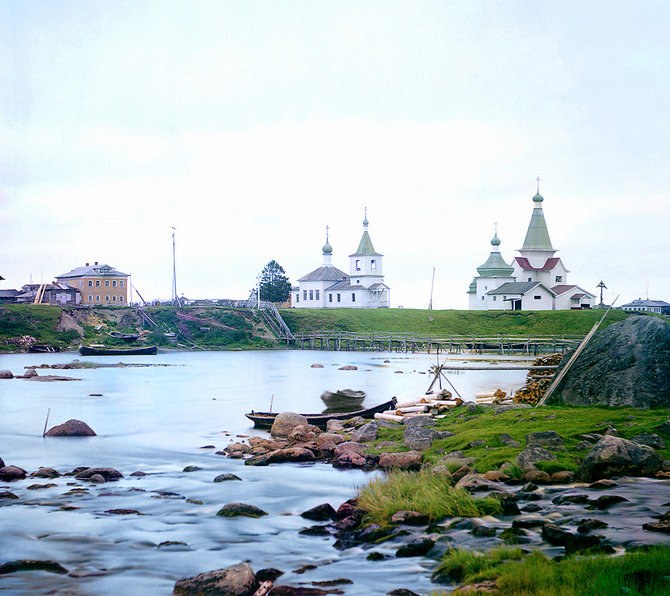 The small town of Kem hid in Karelia, and is now widely known only for tourists, which keep your way to the Solovetsky monastery. It was the beginning of thousands of political prisoners, the final stage of the journey to the Solovetsky Islands in special purpose camp for opponents of the political system and religious leaders. For many prisoners this was a one way trip.

The first settlements on the territory of present-Kemi appeared in the VIII century. The local tribes were engaged in small crafts, hunting and fishing. A little later there appeared in Novgorod, which began to develop the Northern territory by trading with the local population. But the real breakthrough in the development of Kemi happened after the construction in 1429, the Solovetsky monastery. Later in 1450 Martha posadnitsa gives the surrounding land (parish) and the city of Kem in the possession of the monastery. After that, the Kem becomes the main transportation artery that connects the mainland with the Solovetskii monastery, which attracts to this region many new residents and translates Kem from the settlement to the status of a small town.

The legendary Kem town was a lure for many warlike neighbors. During its history it has repeatedly invaded Finnish and Swedish tribes, had not yet been built the first jail on Apostrophe, which is further strengthened by strong walls and cannons. For many years, Kem fortress became impregnable Fort for the Swedish Vikings, despite its more than modest size.

After the defeat of the Swedish army at Poltava Kem remained an ordinary County town, and only in 1785 he was given official city status. It is noteworthy that this historic decree personally read the people of the city of the famous Russian poet Derzhavin, being at that time in the rank of Governor of Olonets.

Today Kem has kept all the historical monuments that can shed light on the past of this region. The main attraction of the city is the Dormition Cathedral, whose construction began in 1711 and was dedicated to the victory of Russian troops in the battle of Poltava. The height of the Central part of the Cathedral is a 36 meters, and the architecture designed in the traditional Northern latitude design. The most interesting fact is that it is built without nails. In the assumption Cathedral iconostasis is amazing, when exposed to light which creates the impression that the illumination occurs from the faces of the saints.

Here in the early twentieth century was built a stone Church of the Annunciation, which today has reached a very dilapidated condition, though still it is visited by lovers of Antiques.

There is a small town Museum "Pomor", the exhibition of which is dedicated to Kem parish and tells about the culture and history of the region.

Lovers of solitude will enjoy a walk on Lastrow, which is on the same river. Here in a fairly quiet environment, you can explore the old wooden houses on narrow streets.
Is the advice useful?
See also
Подписывайтесь на наш канал