Seliger – a system of lakes located on the territory of the Tver and Novgorod regions in Russia. The lake is annually held the famous youth forum of the same name. 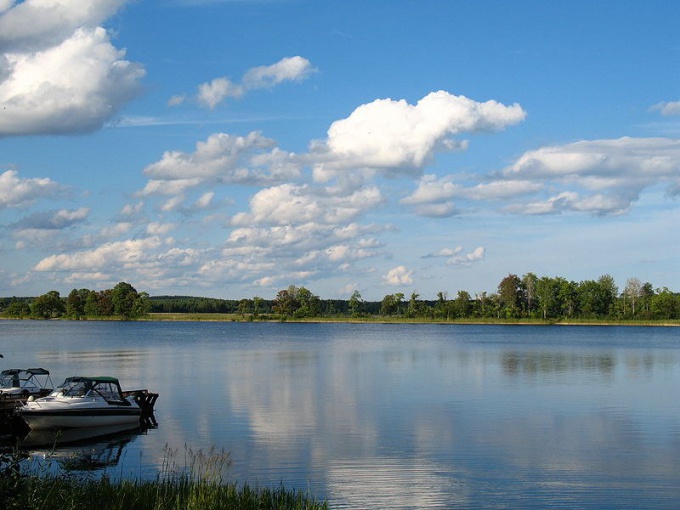 Lake Seliger is located in the Tver region, 370 kilometers from Moscow. Another name Seliger – Ostashkov by name located on the shore town Ostashkov.

In fact, Seliger is a chain of lakes of glacial origin, which are fed by more than one hundred tributaries, including the river Roach, Krapivenka and Cheremuha. The lake is located at an altitude of 205 meters above the sea level. The coastline is over 500 miles. While the coastline is very indented, with many headlands, stretches of river and creeks, and the lake is a lot of Islands.

The lake is extraordinarily scenic, and the water is very clean and transparent (transparency depth of up to five metres!). On one of the Islands (Stolobny) is the monastery Nilova Pustyn. The lake is home to over 30 species of fish.


In the bays and backwaters, in addition to reeds and cattails grow yellow pods and white lilies, the banks are overgrown with coniferous and deciduous trees.

The lake is navigable, it is a very popular place for tourism. On the shores and Islands there are numerous recreation.

Special popularity lake Seliger acquired by the eponymous youth forum, a Pro-government movement "Nashi", which is held here annually since 2005. Originally it was an indoor camp for activists. Currently (2009 – Year of youth) the event also supervises the Federal Agency for youth Affairs, and the camp is open to all comers.

In the early days of the camp's existence it was held every year in one shift (two weeks), during which participants were ideological and athletic training. Now the forum is organized in several shifts on topics including politics, art, sports, tourism, entrepreneurship, leadership and others.

The hymn – the song "Who if not us", the former anthem before one of the projects of the movement "Nashi".

In 2010, activists of the movement "Stal" have organized a forum on the installation "you are not welcome", exposed on stakes the heads of mannequins depicting the face of a number of public figures.

During its existence the camp has been repeatedly criticized. So, tourists and locals say that after the vote is a huge amount of garbage. In addition, presented some unethical action by the members of the camp. In 2011, the Khimki forest was held the forum "Antiseliger".
Is the advice useful?
See also
Присоединяйтесь к нам
New advices