As one satellite dish to connect two TVs

If one satellite dish and two TVs, to get them to work from one of the "plates". But will either have to use two receivers or put up with the inability to watch one TV, one satellite channel, and the other two. 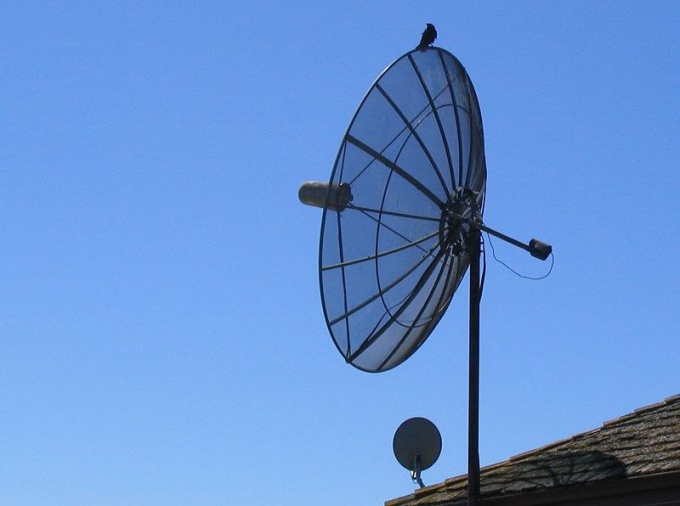 Related articles:
Instruction
1
Use receivers to connect two TVs. If one of the receivers has not only input but also output antenna connector (not to be confused with nest modulator for connection to TV's RF output), connect this Jack with a cable that is certified for the connection of satellite antennas receivers to the input Jack of the second receiver. We obtain a chain: the Converter is the first receiver or second receiver. Note that if you take the scrambled channels, you will have to buy two cards and pay the license fee for each of them. Also you cannot look at one receiver channels require vertical polarization, and the other requiring horizontal.
2
You can use a splitter, also certified for use with satellite receivers and converters. Normal television will not work - it does not pass the supply voltage required by the Converter, and the switching voltage of the polarization. This option imposes the same limitations as the previous one. And since additional hardware is required, apply it in the case if none of the receivers has an output socket to connect a second device.
3
Install the two antenna Converter, and you will be able to connect one of them to one receiver and the other to another. To use them you will be able independently, but to send both units to the same satellite is impossible. Will have to watch the same TV channels from one satellite and the other from another. Card, if the coded channels, you will also need two, and the monthly fee make have both.
4
Another connection method is to use a Converter with two outputs. One of them allows you to receive only channels with horizontal polarization, the other with only vertical. Both outputs of the Converter connect to the device called multiswitches. And multiswitch one to three receivers, TVs. Any of them can independently watch channels broadcasting at any polarization, but all required switching will automatically make multivits. But card for receiving encrypted channels will still need as much as receivers, and will have to pay for each of them.
5
If you wish to provide one receiver and one card, and the receiver is equipped with a high-frequency modulator, connect the modulator output to two TVs through a splitter, designed for ground-based antennas. Both the TV set to a channel broadcast by the modulator. But now, if you switch the received channel on the receiver, it will be replaced at the same time on both televisions.
6
You can also connect one TV at a low frequency (through the RCA connectors or SCART) and the second high - through the modulator. The result will be the same, but on the ground of the TVs will also independently take air TV channels by plugging in an indoor or outdoor antenna. And if you connect one TV to the receiver via SCART, and the second via RCA, then connect the antenna for reception of terrestrial TV channels, it will be possible to both vehicles.
Note
All switch do pre-de-energized equipment.
Is the advice useful?
See also
Присоединяйтесь к нам
New advices