How to calculate the azimuth

On any terrain you can clearly navigate using a compass. But to learn to determine the direction, you need to know how to calculate the azimuth. To do this, measure the angle between the direction to the object to which you want to move, and the Northern direction. 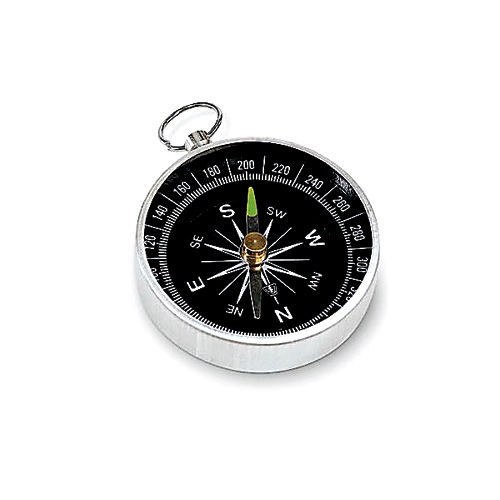 Related articles:
You will need
Instruction
1
First, check that compass. To do this, take steel object (keys, scissors, etc.). Put the compass on a horizontal plane and moving the attachment of the arrow if it is. The arrow should point the blue end to the North. Take prepared steel object and setting the opposite end of the arrow that points North, drive it along the body of the device. The arrow should point on the steel object. Having gone a quarter of a turn (conditional on the face of the clock will be 15 minutes), remove the object. The arrow should come to its original position, that is, to point North.
2
Before calculating the azimuthand be sure to check around the compass items of iron, current-carrying conductors or permanent magnets, it may affect the measurements. Then decide the scale of the compass, which measures the degree to which the rotated arrow. Take two neighbors, the numerical values and divide the difference by the number of divisions between them.
3
Install the compass horizontally and remove the limiter from arrow. After several oscillations, the blue arrow end should point North. Set the dial of the compass so that the pointer of the North coincides with the direction of the arrow. This point corresponds to zero azimuth.
4
You can then navigate the terrain. Put in the direction of the object to which the orientation is made thin and long object. This can be a branch, ruler, splinter, match etc. the Only limitation is that the subject should not be made of iron or any alloy of this metal, otherwise the arrow just starts to show on this subject, making it difficult to calculate the azimuth.
5
Calculate the angle between the direction to the object and the direction of the North. To do this, count the number of divisions between them and multiply this number by the scale.
Is the advice useful?
See also
Присоединяйтесь к нам
New advices