How to calculate directional angle

Orientation in the field an important component of many professions. To do this, use maps and compasses. To determine the direction on the map for a specific object use directional angle and magnetic azimuth. 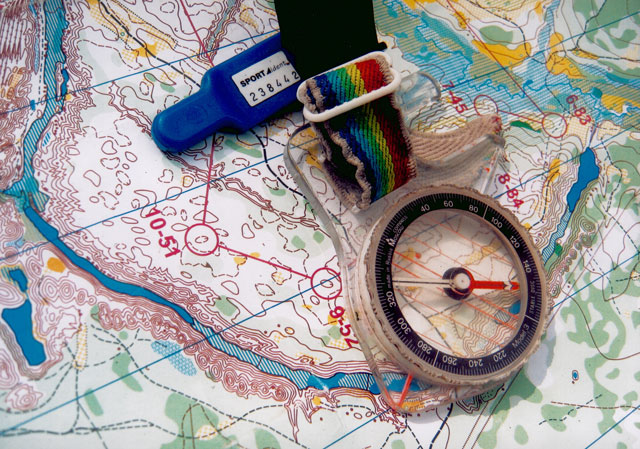 Related articles:
You will need
Instruction
1
Directional angle in surveying is called the angle between the line passing through the given point the direction of the reference point and the line parallel to the x-axis, otchityvanie from the North direction to the x-axis. It counts from left to right (in the direction of the arrow) from 0 ╟ to 360°.
2
It is most convenient to determine the direction on the map. Pencil, ruler, draw a line through the centers of the symbols, a starting point and guide. Length of a line drawn, for convenience of measurement, should exceed the radius of the protractor. After that, align the center of the protractor with the point of intersection of the lines and rotate it so that zero on protractor coincides with vertical grid line on the map (or a line parallel thereto). The value of the angle count in the direction of clockwise. The average measurement error directional angle protractor is 15/ 1o.
3
Sometimes, for calculating directional angles using magnetic azimuths. Magnetic azimuth is the horizontal angle formed by the line directed to the reference point and the North direction of the magnetic Meridian. He also counts from 0 ╟ to 360 ° clockwise. Magnetic azimuths are measured on the ground using a compass or bussoli. Needle of a compass, its magnetic field interacts with the magnetic field location and shows the direction of the magnetic Meridian.
4
Next, you need to determine the correction direction (the amount of convergence of the meridians and magnetic declination). Magnetic declination is called the angle between the magnetic and geographical meridians at a given point. The convergence angle is the angle between the tangent to the local Meridian and the tangent to the surface of the ellipsoid of rotation, carried out at the same point, parallel to the initial Meridian. The amendment directions are also measured from the North direction of a grid in the direction of clockwise. The amendment direction is considered positive, if the arrow is deflected to the right (East) and negative if it deviates to the left (to the West). Measured using bussoli on the ground magnetic azimuth can be translated in the direction adding an amendment to the draft directions carefully considering the sign of the amendment.
Note
On many maps often indicate the value of the convergence of meridians (also called Gaussian approximation)and amendments directions
Useful advice
Pay special attention to the direction of reference and heed all signs.
Is the advice useful?
See also
Присоединяйтесь к нам
New advices