How to calculate the azimuth

When orienteering is often necessary to move it in the directions specified in advance and not on the sides of the horizon. How this can help us to compass? For movement in the direction you need the ability to calculate the azimuth, i.e. the value that characterizes the angle between the North direction and the direction to the selected landmark. 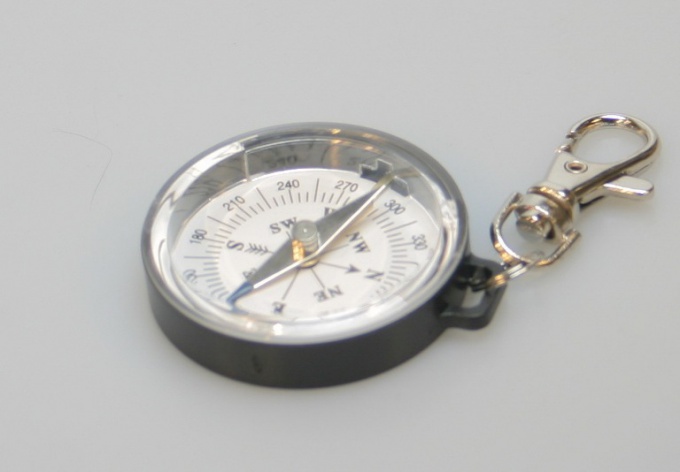 Related articles:
You will need
Instruction
1
Imagine that you are standing in the center of the circle, which is divided into 360 equal parts, and the zero mark is pointing in the North direction. Strokes respectively the other will be sent from the point your location in different directions.
2
Using the counts caused by each stroke, you can specify the direction to any selected as a landmark object on the ground. Assume that the transmission tower is located in front of the bar with a count of 270. This would mean that the object is located from us in the direction that is determined by this count. The angle isexpressed in degrees measured in the direction of clockwise from the North direction to the direction of the predetermined reference point is called the azimuthohms.
3
To determine the azimuthand take up the compass, release the brake of the magnetic needle. Give the compass a strictly horizontal position. After the arrow will cease to oscillate and will rest, align the zero division of the circular scale with the end of the arrow that points North. You have just produced an orienteering compass.
4
Careful now, not to knock the orientation of the compass, rotate the cover so that the front sight was directed toward the selected reference point, and the slot – in your direction. It was necessary to see through the slit and the fly on the landmark. Watch it to the end of the arrow was all the time combined with the zero division. Countdown opposite the pointer (near the fly) will be the numerical expression of the azimuthand the reference point.
5
If you are faced with the inverse problem, i.e. finding the necessary direction on the well-known azimuth, then set the pointer from the fly on equal to the given azimuthat the starting point (e.g., 300 degrees). Now set the compass horizontally and Orient to the North in the way described above. Carefully, trying not to knock out, look at the area through the slit and the fly. On this line choose any point of reference. Direction from your point of standing on the reference point will correspond to the azimuth.
Is the advice useful?
See also
Присоединяйтесь к нам
New advices