How to get to Germany

One of the most popular Western European countries among Russian tourists remains Germany. Annually it is visited by at least 2 million Russians. There really is something to see: castles, monuments and a very beautiful small towns. 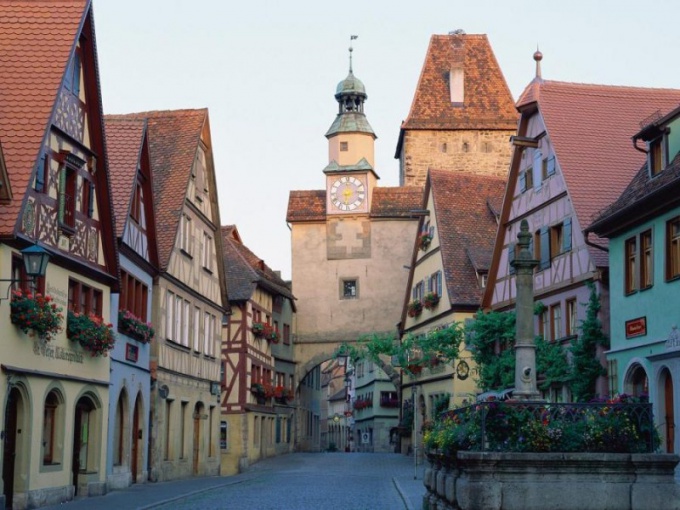 Related articles:
Instruction
1
The most convenient way to get to Germany is to get on a plane, for example on the flight "Moscow — Berlin". From Sheremetyevo airport there airlines flying Aeroflot from Domodedovo "air Berlin", S7 and "Transaero", and from Vnukovo "Lufthansa". Flight time is 3 hours and 20 minutes.
2
In addition to Berlin, a popular destination among Russian tourists is Munich. After all, it is the most popular beer festival Oktoberfest, and close to Munich is the most interesting castles of Neuschwanstein and Hohenswangau. Therefore, you can buy ticket for flight "Moscow — Munich". From Sheremetyevo airport on this route ply liners "Aeroflot", from Domodedovo — "Lufthansa", "air Berlin", "Ural airlines" and S7.
3
To Germany from the capital can be reached by long-distance trains "Moscow — Paris" and "Moscow — Basel", which leave from the Belarus station. You can also get to German lands in the long-distance train "Moscow — Berlin", which also departs from the Belorussky railway station. The average journey time of 30 hours.
4
To get to Germany by bus. If you go to the Western part of the country, you need to choose a route with a departure from the Riga railway station: bus "Moscow — Munich". Will have to spend about 45 hours. If purpose of trip — the Eastern part of Germany, then again from the Riga station once a week, takes the bus "Moscow — Berlin".
5
A car is the best to go to Berlin. To do this, first move along the Minsk highway, which goes to the highway M1 "Belarus". After the Russian-Belarusian border the road goes along the highway M6. In Poland you need to follow along the routes E67 and E30. And after crossing the Polish-German border traffic continues on highway Е55 and A113. The journey time from Moscow is about 30 hours, depending on traffic.
6
To Munich by car will have to travel through the territory of Belarus on the highway M6. After the Polish-German border traffic is already on the road Е49 directly to the capital of Bavaria.
Is the advice useful?
See also
Подписывайтесь на наш канал